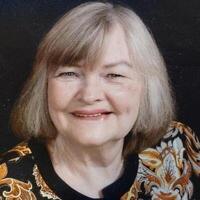 Services for Patsy Doris Bailey, 76, of Troup, Texas will be held on Tuesday, September 28, 2021 at 10:00 AM at Jackson's Burks Walker Tippit Funeral Home with Sherman Mayfield and Pastor Mike Ford officiating.

Burial will follow at Bascom Cemetery in Tyler, Texas under the direction of Jackson's Burks Walker Tippit Funeral Home.

Patsy Doris graduated Lindale High School in 1964. Soon after graduating, she married James R. Bailey and had four children. She was a military wife, a wonderful homemaker, and a cook to rival many. Her deep fried burritos were the favorite around the Bailey household. She was an avid seamstress; she made wedding dresses, prom dresses, and children’s clothing among other items.

Patsy was a spunky, feisty, God-fearing woman. She loved her husband and her family most of all. She was gifted with the ability to make friends with anybody. That made her a very popular person in the church, where she taught Sunday school and Wednesday night GAs. She wanted to teach everyone about Jesus. She took care of anyone and everyone she could.

If desired, memorials may be made to Jackson's Burks Walker Tippit Funeral Home for Patsy Doris Bailey.

Lynn, my deepest condolences and prayers are with you. My mom died at the same age as yours and while I was grateful I had so much time with her I miss her every day. I did not know her but I know you and the beautiful soul you are was shaped by her. God bless you and your family. You are in my prayers.

You will be so very missed, I love you with my whole heart. I can’t wait to be up there with Jesus and you all. I’m gonna miss your stories you would teach me about Jesus. Until we meet again I love you Nanna. ❤

Never miss an update about Patsy. Sign up today.