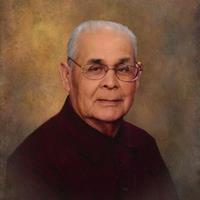 Paul V. Samaripa Sr was born to Timoteo and Carmen Samaripa on November 28, 1938 in Manor, Texas.  He married Edwarda (Lala) Flores on July 31, 1966.  They had three children, Albert, Paul and Diane.

Children: Paul and Karla Samaripa and Diane and Tim Jackson

Paul retired as a heavy equipment operator in which he worked his way up from various positions in the construction industry.  One of his proudest jobs he worked on was the restoration of the state capital.  Paul enjoyed playing pool/billiards, watching football as well as his favorite sport of baseball, in which he and his brother, Matildy, were very skilled in growing up in Manor.   Paul also very much enjoyed dancing to his favorite Tejano songs as well as listening to his old CDs when he could no longer dance or see clearly.  His biggest sense of pride and dedication was his grandchildren who he loved unconditionally every day!

A Visitation will be held 5:00-7:00 Sunday, December 1, 2019, Providence-Jones Family Funeral Home with the Recitation of the Holy Rosary beginning at 6:00 PM. Celebration of Mass Christian Burial will be held 10:00 AM Monday, December 2, 2019, St Joseph's Catholic Church, Manor, TX. Interment to follow in the Manor Cemetery.

A father may pass on but his thoughts, hopes and dreams live on in us. Treasure every memory of your father, and we want to express our deepest condolences to you and your family.

The kindest man I had the pleasure to call my Uncle! Rest in Peace Uncle Paul! Love you!

My deepest condolences to my aunt Lala and my cousins may God give you strength and peace at this hard time in your lives. Always love Gloria Espinosa your niece

My condolences to the Samaripa Family. I feel very close to this family as we all grew up together and have always stayed in touch. Paul was a quiet, kind, and friendly man who always acknowledged you warmly when he met you. God bless your family and may happy memories carry you through this sorrowful time.

Loving thoughts and prayers for peace and comfort to the Samaripa family.

My deepest condolences for you and your family.

Our prayers and love go out to you and your family. Paul Sr. was such a dear man. We will miss him.

Kind, generous, my Uncle Paul always had a smile, I will miss you we all love you so very much.