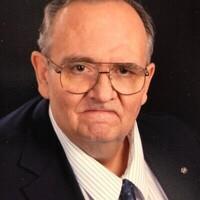 Phil Bonham “Buddy” Fry, 69, of Princeton, WV, died Tuesday, July 7, 2020, at Bowers Hospice House in Beckley, WV. Born May 8, 1951, in Princeton, he was the son of the late Phil Henry Fry and Hattie Alpha Bonham Fry. Buddy was a 1969 graduate of Princeton High School. He attended West Virginia University and returned to school later in life to earn his Bachelor of Regents Degree at Concord University in 2014. Buddy retired from the radio business after serving as manager of WAEY Radio and as station manager at WBDY Radio—where he had the idea for the stagecoach and BD Bird—and launching WAMN Radio.  He worked as a lighting technician and cameraman at CBN in Portsmouth, VA, and as an insurance agent, broker, marketing manager, and travel consultant in WV. He was also an avid cook and turned his love of culinary arts into a catering business for several events.

Buddy was of strong Christian faith, growing up in First Baptist Church in Princeton. He was active in the Sounds of Conviction and later the Full Gospel Business Men’s Fellowship International, serving as a president and director of the Princeton chapter.  Buddy was also a 45-year member of the Princeton-Athens Kiwanis Club, serving several times as President and Lt. Governor as well as an active Kiwanis Advisor to the Princeton High School Key Club and Keywanettes and the Concord Circle K Club.  He and his best friend, Harry Christie, chauffeured and chaperoned the members to youth activities, including International Conventions.  He planned and hosted three WV District Kiwanis trips to the international conventions in New Orleans, Phoenix, and Toronto, and organized two WV District Kiwanis conventions at Pipestem. He was instrumental in arranging trips for his wife’s junior high bands for many years.  As a blood donor to the Red Cross, he donated many gallons of blood over the years.  Buddy was awarded the Princeton Jaycees’ Outstanding Citizen of 1981.  “I like being involved.  I particularly like being involved in those things of benefit to someone else.  I see it as an extension of myself.”  He initiated the “Star of Hope” in Princeton, helping to place the lighted star on top of the Princeton Towers during the Iran hostage crisis.  He was past president and publicity chairman of SCORE/ACE Chapter 371, sponsored by the SBA, as well as a director of the Mercer Anglers Club.

He loved spending time with his wife and daughters and planning birthday parties and family vacations with them.  His absolute joy in his later years were his two grandsons, and he was a wonderful pet dad and grandad to many animals over the years. Survivors include his wife of 42 years, Debora Sue “Suzy” Bailes Fry of Princeton; two daughters, Lelia Ann Fry and friend Kuo-Lun Tye of Chicago, IL, and Debora Christine “Christa” Fama and husband Timmy of Princeton; two grandsons, Andrew Christopher Fama and Jonathan David Fama; one brother, Robert Henry Fry of Princeton;  and several cherished nieces, nephews, cousins, and extended  family throughout the country. Funeral services will be conducted at 3:00 PM, Sunday, July 12, 2020, at the George W. Seaver Chapel of Seaver Funeral Home in Princeton with Rev. Scott Catron officiating. Graveside services will be conducted at 11:00 AM on Monday, July 13, 2020, at Oakwood Park Cemetery in Princeton. Family and friends will serve as pallbearers. Friends may call at the funeral home from 2:00 PM until the service hour on Sunday. Those attending the graveside service on Monday are asked to meet at the funeral home by 10:30 AM. Memorial contributions may be made to Kiwanis Children’s Fund at www.kiwanis.org or the American Red Cross. Please follow all recommended guidelines from the Governor and local health department by practicing social distancing and wearing of masks for your safety and safety of others.

Suzy, I was sorry to learn of Buddy's passing. I will always remember the many contributions that he made to the early success of WBDY Radio and cherish the many hours that we spent together. He was very creative and never was at a loss for good ideas. In fact, it seemed that he had a new idea every few minutes. "BD Bird" and the stagecoach were two of his ideas that really took off and were both loved by our listeners. Our prayers go out to you and your family in your time of...

Suzy. So sorry for your loss.

Dear Suzi and family, We are so sorry to learn of Buddys passing. We knew him through the state Kiwanis meetings and know that he gave so much help and leadership to many areas of Kiwanis. Prayers for strength during this time. David and Lois Meadows from Kiwanis of North Parkersburg.

So sorry for your loss. Praying for the whole family. May god's love and grace be with you all during this time.

I am glad we got the chance to visit during our class reunions last fall. Prayers for Susie and the family.

I was active in PHS Key Club 1975-78, and got to spend a lot of time with Buddy. He was always so positive and energetic. He kept us involved with others in the Kiwanis Club to serve as role models, making sure that the youth program was a priority. That influence shows today in the large number of successful men who went through the Princeton Key Club. He always showed genuine care and interest in helping to make us better citizens. Well done Buddy! The family will be in my prayers.

Never miss an update about Phil. Sign up today.