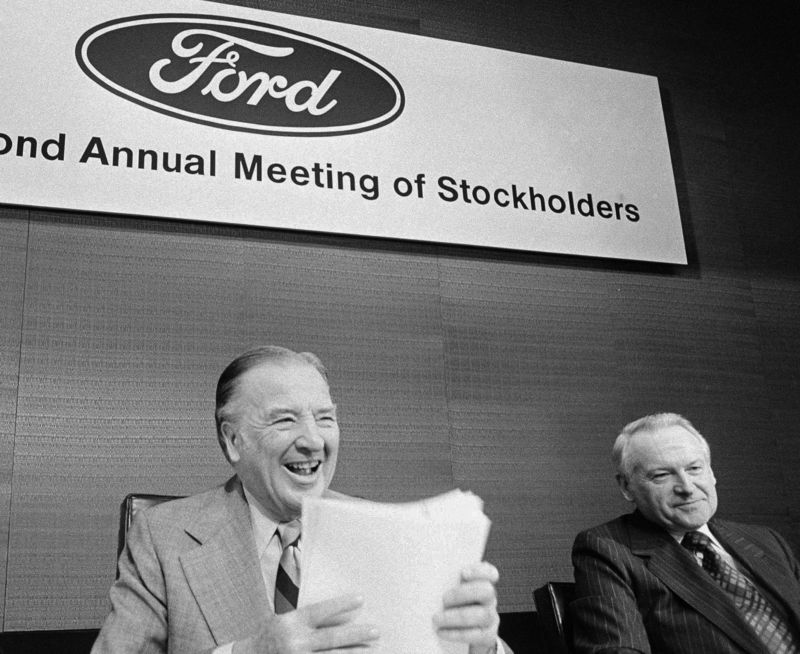 DETROIT (AP) â€” Philip Caldwell, the first person to lead Ford Motor Co. who wasn't a member of the founding family, died Wednesday at his home in New Canaan, Conn., at the age of 93.

Caldwell, who was CEO from 1979 until retirement in 1985, is credited with leading Ford from deep financial troubles back to profitability. He also fostered development of the Ford Taurus sedan, which became the top-selling car in America for five years and helped to save the company from financial ruin.

"He helped guide the company through a difficult turnaround in the 1980s and drove the introductions of ground-breaking products around the globe," Ford Executive Chairman Bill Ford said in a statement. "His dedication and relentless passion for quality always will be hallmarks of his legacy at Ford."

Caldwell was named CEO in 1979 and board chairman in 1980. He retired in 1985 after 32 years with the company, but remained on the board until May of 1990. He replaced Henry Ford II as CEO and was picked shortly after high-profile President Lee Iacocca was fired and later joined crosstown rival Chrysler.

An obituary provided by the company said Caldwell died of complications from a stroke at his home in Connecticut, where he had lived since his retirement.

Perhaps Caldwell's biggest accomplishment was the Taurus, at the time a futuristic sedan that sold so well that it led the company out of terrible financial straits brought on by a recession, high gasoline prices and tremendous sales growth of cars imported from Japan.

Ford was losing money in the early 1980s when Caldwell took over as CEO. Jack Telnack, the chief designer on the original Taurus, remembers Caldwell challenging engineers and designers to develop a radically different car that would return the company to profitability.

"He said 'Look, we need something really different, really new, that will kind of set the pace out there,'" Telnack said in a 2006 Associated Press story about the end of Taurus production.

The Taurus, a car with futuristic rounded edges and smaller, more fuel-efficient engines than the traditional Detroit V-8 that powered family cars back then, was an instant hit. The company sold 263,000 of them in 1986, the first full year of production. It became the best-selling car in America in 1992 with sales of nearly 410,000, unseating the Honda Accord.

Caldwell grew up in Ohio and received his bachelor of arts degree from Muskingum College in 1940. Later he earned a master's degree in business administration from Harvard Business School.

Caldwell joined Ford in 1953 after serving in the Navy in World War II.

He spent his early years at the company in purchasing, engineering, product planning and manufacturing, and became a vice president in 1968. He was named CEO of Ford of Europe in 1972 and became executive vice president in charge of international operations the following year.

Caldwell is survived by his wife, Betsey, to whom he was married for nearly 68 years, three children, six grandchildren and five great-grandchildren.

Never miss an update about Philip. Sign up today.