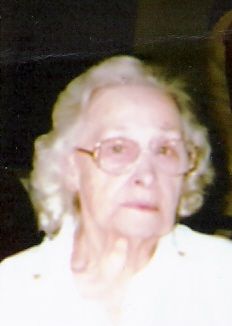 Priscilla D. Williams, 90, of South Bend, passed away Friday March 23, 2012, in her home under Hospice Care and with her son John and daughter-in-law Nancy at her side. She was born on February 7, 1922, in Dowagiac, MI, to the late Hugh and Cora (Reed) Louderback. On April 12, 1940, she married John M. Williams, Sr., who preceded her in death on May 26, 1996. Along with her husband, she was preceded in death by two sisters, Euleta Swanson and Genevva Powell; two brothers, Eugene and John Louderback; a brother-in-law, Bus Swanson; and two sisters-in-law, Phyllis and Dorothy Louderback. Priscilla is survived by her three sons, John (Nancy) of Mishawaka, Marvin (Kathy) of Granger, IN and Jack (Kimberly) of Niles, MI; her three daughters, Paulette (Phil) Dillon and Patricia Williams, both of South Bend and Pamela Williams and Bill of Mishawaka; nine grandchildren, five step-grandchildren; five great-grandchildren; six great-stepgrandchildren; and a nephew, Tom Powell; and many extended family. She was a member of the D.A.V. Women's Auxilliary and loved her cat "Beanie Baby." Funeral services for Priscilla will be held at 1 pm Monday March 26, 2012, in the Kaniewski Funeral Home, 3545 N. Bendix Drive, South Bend, where friends may call for two hours prior to the service. Burial will follow in St. Joseph Valley Memorial Park, Granger. Memorial contributions may be made to Center for Hospice Care, Inc., 111 Sunnybrook Court, South Bend, IN 46637 or The Humane Society of St. Joseph County. The family would like to thank Hospice for their loving care of our Mother at this difficult time.

Never miss an update about Priscilla. Sign up today.