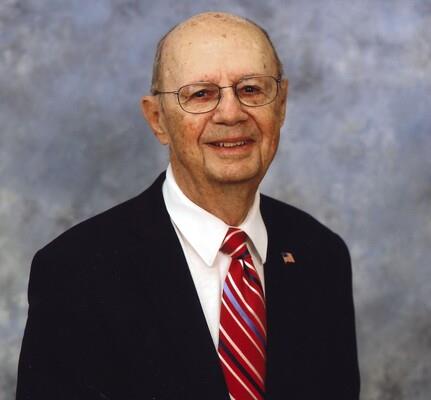 Following grade and high school in the St-Louis area, Ralph enlisted in the U.S. Navy towards the end of WWII. He served aboard an LSD in the Pacific,  after about 20 months of service he  was discharged. Ralph then attended Central Methodist University for Pre-dental class work and then was admitted to St. Louis University College of Dentistry where he graduated in 1953. Ralph then was called back into the Navy and served three more years. Following this, Ralph commenced a private dental practice in Jefferson City, MO. and after several years joined the Missouri Dental Public Health Department. After a year, Ralph enrolled at the University of Michigan and received a Masters Degree in Public Health. Shortly after graduation Ralph was appointed Director of the Missouri Dental Public Health Department.

As Director of the Missouri Dental Public Health Department he gave frequent lectures on preventive and community dentistry in three dental schools and two dental hygiene schools in Missouri. Ralph accepted an offer of a full-time teaching position at the SIU Dental School in Alton, Illinois. After one year at SIU he accepted a position with the University of Tennessee Dental School. Ralph continued teaching with the University of Tennessee for 20 years and retired as Associate Dean Emeritus in 1992.

After a rather lengthy search a decision was made to retire in Pensacola, Florida. Ralph and Janet were quickly involved with the First Methodist Church and the Jazz Society of Pensacola where Ralph served on the Board of Directors. Ralph enjoyed working the April Jazz Fests every year. Ralph was supportive of many worthy organizations such as Central Methodist University (Fayette, Missouri) Waterfront Mission and the Salvation Army. Through these activities, Ralph made many close friends and loved the Pensacola area.

In Ralphs own words, “Dear friends and relatives, goodbye for now and remember we will all be together again. So, do not mourn my passing, just celebrate my life. Bon voyage”.

To the Ralph Knowles family:
Please accept our deepest heartfelt sympathy for Doc's passing. He was one of my parents' (David & Wilda Bryan) best friends for many years while in Jefferson City. Everyone liked him. America thanks him for his brave service while serving in the U.S. Navy. May he rest in God's loving arms forever. Doc Knowles was one of the "Good Guys". Semper Fidelis.

Ralph Knowles was one of the kindest people I have ever met. A special man.