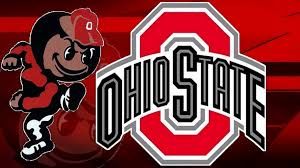 Raney E. Brady, age 74 of McArthur, passed away at the Ohio State University Ross Heart Hospital on Friday, April 7, 2017. He was born in Jackson County, Ohio on February 23, 1943 to the late Wilbur and Frances (Viers) Brady. He is survived by his wife, Janet (Sizemore) Brady; sons, Steve (Lori) Brady of South Bloomfield and James "Jimbo" (Twila) Brady of South Bloomfield; brother, Gary Brady of Columbus; grandchildren: Scotty (Paige), Danielle (Brad), Kayla (Tommy), Celtic (Chelsie) and Karlee (Jerry), and 2 great-grandchildren: Addy and Amberlee, along with many nieces and nephews, and his beloved dog, Bonnie Mae. Besides his parents he was preceded in death by a granddaughter, Aubree; brothers: Bob Brady, Rick Brady, Charles "Jitters" Brady, Bill Brady and Emory Brady; and sisters: Allie Pohto, Jackie Ann Brady, Donna Jean Brady, Kay Perry and Phyllis Mosier. He was also preceded in death by his loving dogs: Daisy, Dee Dee and Brutus. Raney was a huge Ohio State fan. He worked for Hi-State Beverage Company in Columbus, did lawn care and worked at the V.F.W. In South Bloomfield. Funeral services will be held at 2:00 p.m. on Monday, April 10 at the Mayhew-Brown Funeral Home in Jackson. The family will receive friends following the service on Monday until 8:00 p.m. Burial will be at the convenience of the family. Arrangements are under the direction of the Mayhew-Brown Funeral Home and Southern Ohio Cremation Services in Jackson. Condolences may be emailed to www.mayhew-brownfuneralhome.com

I am so sorry for your loss..My prayers are with you all!

So sorry for your loss, my prayers are with this family!

Never miss an update about Raney. Sign up today.