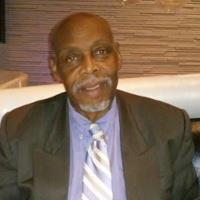 Raymond Dan Dunn was born in New Orleans, Louisiana on October 3, 1952 from the union of the late Wilbert England Dunn and Clara Mae Anderson Dunn. He is married to Amelia Carter Dunn. Raymond has one son, Raymond Sheldon Dunn, three stepdaughters, Louvette, Rhonda and Tiffany Carter and five grandchildren.

Although Raymond was a Baptist, he was educated in the New Orleans Catholic School System. He attended St. Monica Elementary School. He graduated from St. Augustine High School (the Purple Knights). St. Augustine or as the locals say, St. Aug, is known for its band, which is called The Marching 100. St. Augustine’s colors are Purple and Gold which became Raymond’s signature or favorite colors.

To know Raymond was to know his constant Facebook postings of food, his daily prayers and religious saying (that you had to pass on to ten people) and his gift of gab. Raymond talked so much you could hardly get a word in. He called and kept up with everybody from New Orleans to Philadelphia and all states in between.

In 2005, Hurricane Katrina hit New Orleans. Initially most of his family members left the city including his sister and then his son. Raymond told Amelia he had never run from a hurricane n his life. However, once he was told he could either leave are be arrested and taken to jail, needless to say he left. His departure became a blessing n disguise. Once he reconnected with his sister and his son, he decided to join his son in Philadelphia. It was here that he met and began to live with a cousin the late Katie Dunn a long time member of Christ Community Baptist Church under the leadership of Rev. Dr. Arthur R. White.

Raymond was baptized at a very early age by the late Rev. Freddie Henry Dunn. Raymond loved the Lord, his family, his Pastor and his church. Although Raymond kept his membership at New Hope Baptist Church in New Orleans, LA in 2007 he joined Christ Community Baptist Church. Although, Raymond was saddled with many illnesses, he immediately became an active member. He loved the men’s ministry and quickly joined the Eastern Region Laymen group. Each year Raymond would recognize two men of Christ Community to be honored at the Layman’s Luncheon. Raymond never sought recognition for himself. He was satisfied recognizing others. One of his greatest moments was to be named as a delegate to the National Baptist Convention, USA in 2014 by his beloved Pastor White. Raymond was a faithful member of both Christ Community and New Hope Baptist Churches until his death.

His favorite scripture is, Deuteronomy 29:29, The secret things belong unto the Lord our God; but those things which are revealed belong unto us and to our children for ever, that we may do all the words of the Law.

My deepest sympathy. So sorry for your loss.

To Wanda and the Dunn/Brooks family:
I extend my condolences to you in your time of bereavement. Your faith in God , prayers from friends and many fond memories will comfort you at this difficult time.

To The Family,
I offer my deepest condolences. He was truly a great friend. He will be missed. My are with you all. Thanks for the memories. Take your rest my brother. May GOD BLESS and KEEP YOU ALL...

My big brother always, the joy in your voice, the smile on your face, the laughter in your eyes are truly going to be missed, now the angels get to experience the love & joy you shared on earth, l will always love you & treasure your memories,God needed another Angle enjoy your golden wings rest peacefully in the house of our Lord Jesus Christ going to miss you catfish

I wish to extend my sincerest condolences to
Wanda and the entire Dunn and Brooks Families. I know with God you have peace.

Wanda, I met your brother only once (briefly in D.C.) but I feel that I know him from the many stories that you've shared with me about him throughout the years. Continue to cherish those precious memories.

May you rest in paradise uncle love Rita