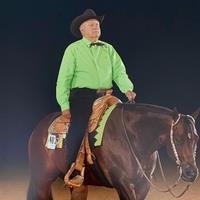 Raymond Allan Murphy, D.O. was born on August 27, 1936, in Port Arthur, Texas, the son of Raymond and Lena Zumo Murphy.  He was a 1955 graduate of Port Neches Groves High School, where he was an All-State basketball player despite not playing high school basketball until his junior year in high school.   His press clippings indicate that former NFL quarterback and Monday Night Football personality Don Meredith was also Texas All-State in basketball that year, to give some perspective on timing.

Dr. Murphy was given an opportunity to continue his education in college via a basketball scholarship to Howard Payne University in Brownwood, Texas, and then completed his undergraduate education at Lamar University in Beaumont, Texas.  From there he moved to Missouri to attend medical school at the Kirksville College of Osteopathic Medicine, having been inspired to do so by a family doctor growing up.

There, he met Ann Maddox, who eventually became Ann Maddox Murphy.  After an internship in Dallas, he and Ann returned to Missouri where he initially practiced in Brookfield and also operated a satellite practice in Brunswick, Missouri. Eventually, he joined his father-in-law R. D. (“Rex”) Maddox, D.O., and later also had the privilege of practicing with his brother in law R.D. (“Don”) Maddox, II, D.O., in Macon, Missouri.

Following the completion of a residency in radiology, the Murphy family moved to Clarksville, Missouri where Dr. Murphy practiced at Pike County Memorial Hospital, and then he spent the next 30+ years as a radiologist at Mineral Area Regional Medical Center in Farmington, Missouri.  Up until a month before his passing, Dr. Murphy continued to practice radiology on a locum tenens basis at various facilities.  He simply loved people and the practice of medicine.

Outside of work, Dr. Murphy’s lifetime passions were the American Quarter Horse and his family.  After “grooming” for years while the rest of his family competed, and after undergoing a quadruple bypass in 2002, Dr. Murphy surprised the rest of the family in 2004 when he announced that he had decided to compete himself.  After purchasing his first horse for himself, Dr. Murphy quickly decided that he wanted to step up and be more competitive, and with the assistance of trainer Jon Barry was able to purchase a western pleasure gelding named Chocolate For Sure in late 2004.

That purchase began several glorious years when “Dr. Ray” and Ann traveled the country competing and spending time with old and new friends at various venues across the United States.  The journey with Chocolate For Sure culminated with world championships at both the NSBA World and at AQHA’s Select World in 2006.  Dr. Murphy was especially proud when he and Ann and Chocolate for Sure were inducted into the Missouri Quarter Horse Hall of Fame.

Dr. Murphy enjoyed nothing more than spending time with his family, whether it be at equine or dance competitions, or high school sporting events.  He had a unique and special relationship with each of his grandchildren, teaching them many valuable life lessons by setting an example for each of them to follow.

Graveside services will be 11:00 am, Saturday, August 8, 2020, at the Oakwood Cemetery in Macon with Dr. Dave Leslie presiding. Arrangements are under the direction of the Hutton & McElwain Funeral Home in Macon.

Donations in lieu of flowers may be made in Dr. Murphy’s name to Missouri Quarter Horse Association Charities:

I am deeply saddened by the passing of Ray. We were Classmates at KCOM and graduated together in 1962. I interned and took my residency in Surgery at KOH and left in 1967 for NY for my residency in Urology. When I returned to the Campus in 70's to teach Urology I would always stop to see Ray and spend some time with him. I am sorry that I have not returned to Kirksville and the surrounding area to see my old friends and classmates who remained in the area.

I am sorry and deeply saddened by your family’s tremendous loss. Please know each of you is being held close in thought and prayer during this painfully difficult time. Sending my heartfelt condolences and many hugs for all.

Ray and I grew up about a block away and attended Port Neches Groves High School graduating in 1955. We used to play football in Britt West's front yard and engaged in typical preteen hijinks and got caught at some which involved corporal punishment administered by our moms, but were deserved and the root cause of their gray hairs. Last time I saw Ray was at a class reunion and I mentioned a nick name we hung on him...I remember him admonishing no to say that in front of his wife as he was a...

Our condolences to the family of Ray. I have many memories of the years we worked together and the conversations solving the world’s problems. He was always a friend and ‘good people’.

I graduated with Raymond from PNG HIGH SCHOOL in 1955. He was loved by all. My prayers are with his famiy.
We lost another classmate the day after Raymond died. Louis Matthews.
They were good friends in school.

What a wonderful man. I am a better person having known Dr. Murphy.

We are so very sorry to hear of your loss! Prayers for peace and comfort! We all enjoyed working with him! Such a nice man! May God be with the Family!
Sherri Bay
Ozarks Medical Center Imaging Services
West Plains, Mo

May God bless you and your family in this time of sorrow. I enjoyed the opportunity to work with Dr. Murphy at Samaritan Hospital.