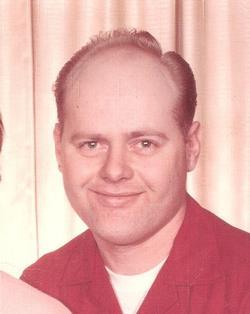 Raymond P. Schmidt, a life-long resident of the Town of Barton, died on Saturday, October 8, 2016 at the Samaritan Health Center at the age of 78 years. He was born on July 16, 1938 in Barton to the late Henry and Clementine (nee Albinger) Schmidt.

On November 17, 1962, he was united in marriage to Elizabeth "Betty" Dehler at the former Ss. Peter and Paul Catholic Church in Nenno. Betty predeceased June 12, 2002.

In September, 2002, he retired from the Gehl Company after more than 42 years in the shipping department.

Ray enjoyed working with his hands. From working on engines, to working with wood, electric motors and various electrical items, he loved to know how things worked. He also had an interest in steam engines and old tractors.

His love of polka music was known by many. Family and friends will also fondly remember his sense of humor, and his contagious smile. The time he was able to spend with his family was sincerely cherished by all.

In addition to his wife and parents, he was preceded in death by 1 brother Leo

A Mass of Christian Burial will be held on Friday, October 14 at 12:30 p.m. at St. Mary's Immaculate Conception Catholic Church with Rev. Justin Lopina presiding. Burial will follow in St. Mary's Cemetery (new). The family will greet relatives and friends at the church on Friday from 11 a.m. until 12:15 p.m.

The Schmidt Funeral Home of West Bend is serving the family. On-line guestbook and condolences available at www.schmidtfuneralhome.com.

CELEBRATING A LIFE THAT CHANGED MENY. THE DRISCOLL FAMILY SHARE THE SORROW YOUR FAMILY IS GOING THROUGH AT THIS TIME. KEEP IN MIND EVERY THING ON EARTH HAS AN APPOINTED TIME TO LEAVE THIS EARTH.RAYMOND HAS RUN HIS RACE.HE NOW HAS A GLORIS BODY HE IS REUNITED WITH LOVE ONES.GOD BLESS THE DRISCOLL FAMILY.