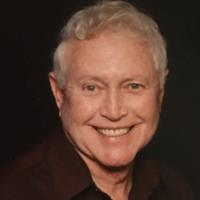 RC Fowler, age 92, died peacefully at The Davis Community on February 2, 2020. He was born December 26, 1927 in Wilmington, NC, the son of the late Alton Lee and Amelia Caroline Harrell Fowler.

At the age of nine, RC's family moved from Spofford Mills on Wrightsville Avenue to a farm in Pender County, NC. It was here on the farm where RC was introduced to the plow mule "Ole Bill". For the next eight years RC helped his family plow and crop tobacco.

In October 1945, at the age of seventeen, RC, wanting to leave farm life behind, joined the United States Merchant Marines. He served honorably and was discharged in November 1946.

RC helped found Cape Fear Home Builders Association and served as its first and third president. He was inducted into the Cape Fear Home Builders Hall of Fame in 2011. He also helped found Hanover Bank. RC, in partnership with his brother Bobby and his brother in-law Bill Grathwol built Harbor Oaks, the first high rise condominium at Carolina Beach, NC.

RC learned to fly and earned his pilot’s license in 1970. He enjoyed many hours in flight. Recalling the fond memories and impact that the hard work of farm life had upon him, RC wrote his autobiography and published it in 2000. He called it “A Raising Up: Memories of a North Carolina Childhood”.

RC was a member of Winter Park Baptist Church.

RC was a kind, generous, honest and hardworking man with a sweet sense of humor. He loved spending time with his family. We love him and we will miss him dearly.

The family wishes to thank his doctors and the medical staff at The Davis Community, as well as the Lower Cape Fear Lifecare Center.

Condolences may be shared at www.andrewsmortuary.com

Remembering a wonderful man. To all your family so sorry for your loss. Mr. Fowler built our house 55+ years ago, he and my dad always joked at church was the warranty still good. Both Mr. Fowler and my dad grew up in Pender County and that's where their friendship started. Dad always spoke very highly of Mr. Fowler. Love and prayers to all the family, Walter and Betty Barnhill's family

My mother, Gracie Rogers Hamm, used to talk of how RC would play with her ringlet curls ( Shirley Temple curls) when they were kids in school. I did not know him personally but I grew up in a house he built. RIP Mr. Fowler.

Sherry and family, we were so sorry to hear of Uncle RC's passing. He was a kind, gentle man who was a friend to all. We have wonderful memories of him and Aunt Myrtle. You are in our thoughts and prayers.

RC helped my Dad start his electrical business around 1969. I was just a kid then. I'm sure that many of my meals back then were a result of all the electrical work that RC gave my Dad to do. (I know of many families who can give similar stories and testimonies about this man.) My Dad always had nothing but nice things to say about RC. As I got older, I came to know RC as a kind and honest man, who "always paid his bills and paid them on-time." I remember seeing him down in a...

Remembering your family from the time we moved on Canterbury road in 1969 how kind your family was to us the Saffo family as we lived next door to yall. You are in our thoughts and prayers on the loss of your father. He was a very nice and kind man. May his memory be eternal.

RC was a wonderful man and relative. He constructed the family home in which I was raised.....RIP RC

Such a sweet man, but he is now with his beloved family and I can hear his infectious laugh as they greet him.....it was my honor to call him a friend....God Bless ya RC ❤

RC was a great and very caring man. I feel so very honored to have know him. RIP RC

Never miss an update about "RC" . Sign up today.