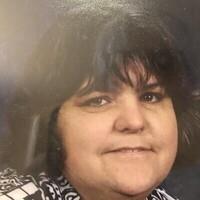 Reba (Seybold) Solko passed away May 4, 2021 in North Platte at the age of 58. Reba was born January 14, 1963 in McCook, Nebraska to Ronald and Donna (McKernan) Seybold. She grew up in McCook and graduated from McCook High School in 1981.

Reba was united in marriage to Bruce Solko on June 4, 1983 in Trenton, NE. To this union, three children were born. Reba and Bruce lived in McCook, NE and Tecumseh, NE before moving to North Platte in 1991. Reba worked as a para-professional for the North Platte Public Schools for 29 years and as a breakfast attendant at the Fairfield Inn and Suites of North Platte.

Reba enjoyed her time volunteering for numerous youth activities. She served as a Girl Scout leader and Girl Scout Cookie Manager for numerous troops in the North Platte and surrounding areas for many years.   She also served as a coach for softball, soccer and bowling. She enjoyed bowling on various leagues in North Platte for many years, especially on the leagues that included family members. Reba also enjoyed completing many crafts such as knitting, crocheting, plastic canvas work and cross-stitching. She had made quilts for all her children and grandchildren.

Reba was preceded in death by her parents, Ron and Donna Seybold, in-laws Louis and Irene Solko, grandparents, brother Roy Seybold and aunt and uncle Mary and Dan Fetters.

Left to mourn her passing are her husband Bruce of North Platte, daughter Lisa Kackmeister and son Bryan Solko, both of North Platte, son and daughter-in-law Kevin and Cody Trusty-Solko of Sutherland, grandsons Cage and Jace Kackmeister and Hazence Solko, aunt and uncle Judy and Don Long of Linn, KS. She is also survived by her brother-in-law’s Art (Jane) Solko of Salmon, ID and Doug (Martha) Solko of Buckeye, AZ and sister-in-law’s Colleen (Chuck) Breneman, Deb (Jay) Deselms of Platteville, CO and Bev Anderson of McCook, NE and numerous nieces and nephews.

Service for Reba will be held May 11, 2021 at St Patrick’s Catholic Church at 1:00 PM with Deacon Matt Irish officiating. Visitation will be held on May 10, 2021 from noon to 7:00 PM at Adams and Swanson Funeral Home with family visitation from 5:00 PM to 7:00 PM. Adams and Swanson Funeral Home is in charge of arrangements. Inurnment at the North Platte Cemetery will occur at a later date.

The family requests casual attire for visitation and the services. Memorials are requested in lieu of flowers.

Mrs. Solko worked at Lincoln Elementary School when I went to school there as a kid and she was always so nice and helpful I can remember.. she was a good lady she will be missed. My prayers are with the family.

I'm so sorry to hear about your loss. Please know of our thoughts and prayers for your family.

We are going to miss her so much

Dear Bruce and family, We are so sorry for your loss. Reba was such a kind, caring person and we will miss her.
Sending healing prayers and comforting hugs.

Dear Bruce and family, so sorry for the loss in your hearts, Reba was such a kind sweet lady. Our deepest sympathies! Cathy & Rick Grauerholz

Dear Reba, I can't believe your gone it hurts my heart heavily. Your were my dearest and oldest friend not only that you were more like my older sister that I never had you helped me through alot of times. You were there for me when my dad passed away in 2008. I would think about you often and wondered how you were doing hoping you were doing well. I know we had some crazy times together and had a lot of fun along the way. R.I.P my dearest friend you will be truly truly missed by many.

We are very sorry for the loss of Reba. She was wonderful to work with at Lincoln Elementary and a good friend. She was one of my first friends when coming to North Platte and joining Newcomers Club.

Bruce and families, So sorry to hear of the passing of Reba. We enjoyed visiting with Reba the few times our paths crossed. We so admired her generous dedication and love she showed to her family and those around her. May your happy memories give you comfort! With our sympathies,

Never miss an update about Reba. Sign up today.