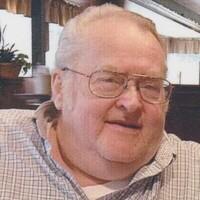 ROCHESTER:  Richard E. "Buck" Buckingham, 76, a resident of Rochester, New Hampshire, passed away at his home on October 10, 2020, after a short illness. Richard was born on October 7, 1944 in Portsmouth, New Hampsire to the late Jean Foss and William Buckingham.  On July 21, 1965, Richard married, his sweetheart, Judith Whitney in Maryland.  Richard attended Manchester College and received a bachelor's degree in Accounting.  He is a veteran of the United States Army, serving from 1966-1969.  Prior to his retirement, he was employed as accountant and then later as supervisor at Swift Meats in New Hampshire.  He enjoyed traveling and loved spending time with his family and friends.  Richard was always very giving and supportive of family and friends with his time and talents.

Due to the COVID-19 pandemic, there will be no service and the burial will be private.  Please visit Richard's tribute page to sign the register book at www.GrondinFuneralHome.com.

In lieu of flowers, memorial contributions can be made to charity of one's choice.

Dear Judy, I am so sorry for your loss of Bucky. I just happened to see his obituary. Have fond memories of visiting with you all. Take care and know we are thinking of you.
Loretta Bill and Sarah McGrail

Judy,
So very sorry for your loss of Bucky. You are in my thoughts and prayers.

I am so very sorry for your loss. I will always remember your warmth and kindness. Bless you.

we're so sorry. I was in shock when I read it. There are no words to express our sadness.

Cornerstone VNA sends our deepest sympathy for your loss.

Dear Judy
So sorry to hear of Bucky’s passing. You two were so close I’m sure there’s a big void in your heart. Treasure the memories! Praying for you!
Terrie Stuart

wow just saw in the paper bucky left us 3 days after his birthday. Judy as you may remember i hired Bucky at Swift and we became good friends and worked together for a few years. Its so sad but heaven getting a great guy RIP Bucky

So sorry to hear of Bucky’s passing. We have been great neighbors for many years. Their will be great vacancy in the neighborhood. May God bless you and Bucky Rest In Peace.

Judy, so very, very sorry to learn of Buckie's passing. Please know my thoughts and prayers are with you.