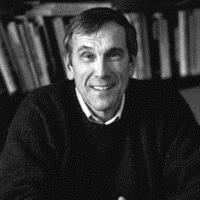 Richard F. Fenno, Jr. was born on December 12, 1926 in Winchester, Massachusetts.  After serving in the Navy during World War II Richard attended Amherst College and in 1948 received his Bachelor’s Degree.  The same year he married Nancy Davidson.  Richard and Nancy had two children, Mark and Craig.  Richard pursued a PhD. in political science from Harvard University and completed his degree in 1956.  He taught at Wheaton College and Amherst College before joining the University of Rochester’s political science department in 1957 where he taught for over 50 years.  At the time of his demise Richard was Distinguished University Professor Emeritus.

Richard Fenno had a distinguished career as a teacher and scholar.  He was a leading authority on the United States Congress and published 16 books, several of which won national awards.  He was elected to the National Academy of Sciences and the American Philosophical Society and was past Present of the American Political Science Association.  His greatest professional achievement, however, was the success of his students who became teachers and scholars at many of the best universities and colleges in the country.

Richard Fenno will be remembered as a great husband to Nancy, his wife of 71 years, a great father to Craig and Mark, and a great grandfather to Zachary and Sarah.  Richard Fenno is survived by his loving wife Nancy, his son Craig, his grandchildren Zachary and Sarah, his daughter-in-law Sharon Fenno, his sister Elizabeth Blucke, his brother-in-law Robert Blucke, and his sister-in-law Janet Bouchee.  We will miss his whistling, conversation, wise counsel, and unstinting optimism for life.

Checks should make reference to Fenno Summer Fellowships in the memo line.

Gifts can be made online here for now.  We are working to create a unique link for political science webpage that highlights the Fenno Summer Fellowships.

In the meantime, individuals can reference the Fellowship in the "other" section.

Nancy, Tim and I were so sorry to hear of Dicks passing. We always enjoyed our visits with the two of you and were in awe of your 70+ year marriage! We hope you are bearing up well in the face of such loss. Know that we are thinking of you and your family. With sincere best wishes, Kathy and Tim Spencer

Dick Fenno was not only a superb scholar, he was also a superb human being -- unpretentious despite the extent to which he was known in his field. I was fortunate to have been able for some years to visit each summer with Dick and Nancy at their Truro summer getaway, and they were most obliging hosts. He was a true friend -- to many, and not just his students but to others who did work in the same political science vineyard he inhabited.

Dick was a great scholar and a great friend for many years. He was a true inspiration to countless numbers of students and colleagues. We will all miss him, but always be inspired by his memory.