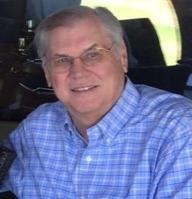 Ferris, Richard
Richard Leo "Dick" Ferris, died on Saturday, April 25, 2020 at the age of 75, from natural causes. Dick had a passion for life and golf that was evident to everyone who had the joy of meeting him. Always quick with a joke and an avid storyteller (including embellishments), Dick will be remembered by many, young and old, as a true and loyal friend. Born on January 18, 1945 in Columbus, Ohio to the late Robert and Bertha Haid Ferris. He is a proud graduate of St. Charles Preparatory School in Columbus, Ohio. Dick continued his education at the University of Dayton in Dayton, Ohio, received his Juris Doctor from Ohio Northern University Law School and Masters of Law in taxation from Boston University. He served his country as First Lieutenant in the United States Army Reserves AGC and received an honorable discharge. Dick was married to the late L. Joyce Booth Ferris on June 15, 1974 and they were actively involved with St. Bede Catholic Church and Two Rivers Country Club of Governor's Land in Williamsburg, VA until her passing June 2, 2014. As part of the American Singles Golf Association Dick met Maureen Stiling in 2015. Dick and Maureen were married on January 14, 2017 at St. Brigid of Kildare by Father Matthew Morris in Dublin, Ohio. Dick and Maureen have called Reynolds Lake Oconee home since 2016, where he played golf daily with family and friends. For the last 20 years of his working career Dick continued estate planning and administrative work with Carrell Blanton Ferris & Associates PLC where he was a Principle and Founder. Dick was very active in community affairs and was a member of Christ Our King and Savior Catholic Church, as well as a proud member of the Knights of Columbus. Survivors include his wife, Maureen Ferris of Greensboro, GA; two step daughters, Meghan Stiling (Brett Chimento) and Suzie Thuerk (Nathan); brother, Ed Ferris (Kay); sisters, Mary Ellen Geyer (Dick) and Bernadette Mason (Dick); grandson, Cameron Thuerk; 25 nieces and nephews, 45 great nieces and nephews, and countless friends. He was preceded in death by his brothers Robert Ferris (Susanne) and Charlie Ferris. A Celebration of Life will be held at a later date. Any memorials may be made to the St. Vincent de Paul Society c/o Christ Our King and Savior Catholic Church, 6341 Lake Oconee Parkway, Greensboro, GA 30642. McCommons Funeral Home, 109 W. Broad St., Greensboro, GA, (706) 453-2626, oversees the arrangements. Visit us at www.mccommonsfuneralhome.com to sign the online guest register.

I had the privilege of knowing and visiting Dick at his home in Williamsburg when I worked for a alma mater, St. Charles Prep. Dick loved his alma mater and respected his classmates. He was such a fine Carolian! May he Rest In Peace.