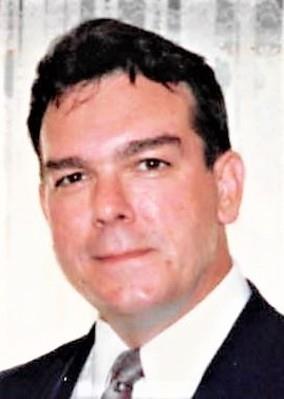 Richard S. Holden, known world-wide for his contributions to the field of journalism, in particular his efforts to bring diversity to the newsroom long before diversity became a buzzword, passed away peacefully on April 15, 2020, at Atlantic Health Rehabilitation Institute, Morristown, New Jersey, after a lengthy illness. Mr. Holden was 70.

Born in St. Louis, Missouri, to William and Helen Holden (née Shea). Rich was a lifelong Cardinals baseball fan and was thrilled last year when, after 52 years the St. Louis Blues finally won the Stanley Cup. He did grow to enjoy the Mets and the Yankees after more than forty years living in the NY/NJ area. A devoted Missouri Tigers sports fan, Rich was also a huge supporter and season-ticket holder to Army West Point football. Before Google, there was Rich Holden, a walking encyclopedia of sports knowledge.

After graduating from the University of Missouri with bachelor's and master's degrees in journalism, Rich spent his entire 41-year career with Dow Jones & Company, publishers of the Wall Street Journal, beginning in 1973 on its national news copy desk. In 1976, he moved to Hong Kong as one of the original staffers that started up the Asian Wall Street Journal. During his tenure there, Rich served as a lecturer in residence at the Chinese University of Hong Kong, teaching the only course offered in English. Upon his return to New York in 1979, he worked in numerous editing capacities at the Journal including day news editor, night news editor, national news production manager, copy desk chief and financial editor, along with recruiting, hiring and training.

Not only a master grammarian, Rich never met a pun he didn't like. This made him excel in headline writing. In 1990, Rich curated a centennial collection "American Dreams, one hundred years of business ideas and innovation from daily columns in The Wall Street Journal," that contains a compilation of clever headlines and stories.

In 1992, Rich left the Wall Street Journal for the non-profit side of Dow Jones as Executive Director of the Dow Jones News Fund, a position he held until retirement in 2014. Rich was known as a change agent in editing and foresaw the need for online editing internships before social media gained its important role today delivering crisp, concise news. For 25 summers, he gave two weeks of his vacation time to teach at the Maynard Institute for Journalism Education's "Editing Program for Minority Journalists" at the University of Arizona in Tucson, where he regaled students with his famed "Afraid of Math? Take a Number," "How to Write a Resume," and "How to Conduct Yourself in a Job Interview" lectures in addition to mastering page makeup and good old fashioned headline writing and pencil editing.

Rich Holden was recognized in 2010 by the Association of Schools of Journalism and Mass Communications with the Gerald M. Sass Distinguished Service Award citing his expansion of the college internship and his response to changes in media technology. He was awarded lifetime membership in the American Copy Editors Society (ACES) in 2014, and received the Asian American Journalists Association's 2015 Leadership in Diversity Award for making strides in demonstrating and promoting news media diversity.

In retirement, he continued to serve on the Boards of Schools of Communications at Howard University, the University of Arizona, Rutgers University and Lincoln University in Pennsylvania.

Rich leaves behind his wife of 32 years, Mary-Anna, brother-in-law James LaRosa, and his larger journalism community, the hundreds of students who progressed through the Dow Jones News Fund internships; the training programs he developed for journalism professors at historically black colleges; and the editing excellence centers he established across the country. It was a love for the editing craft and mentoring students to each's individual success that motivated him.

Due to the COVID-19 pandemic, a graveside service will be held at a later date in the Presbyterian Church of Madison's historic Hillside Cemetery. Contributions may be made in Rich's honor to the ACES Education Fund, c/o Neil Holdway, Treasurer; 409 S. Springinsguth Road, Schaumburg, IL 60193, earmarked for the "Richard S. Holden Fellowship" to be managed through the Education Fund. The aim of the fellowship will be promotion of diversity and developing leaders among editors. Funeral arrangements are under the direction of the Madison Memorial Home. For notes of condolence to the family, please visit www.madisonmemorialhome.com

Rich was a fine and fun gentleman and teacher.His long tenure with The Newspaper Fund was beneficial to students and the media.

A good man, wonderful storyteller, fellow Missouri lover, and friend whom I will sorely miss. Thanks for funding our UT workshop, Rich, and introducing me to amazing, teachable numbers exercises that entertained a generation of Texas undergrads. You were one of a kind and journalism isn't the same without you.