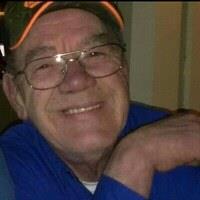 Richard Samuel Minnick Jr, age 75, passed away on Monday, December 28, 2020. Born to Richard Minnick Sr. and Sylvia Cox in Radford, VA, he was a Hampton resident for 65 years.

Richard proudly served his country in the US Air Force for 23 years before retiring. Upon retiring he continued to serve his community in the auto parts industry for the next 40 years. He will be remembered by many for his friendly nature and ability to make anyone laugh who met him. He had a  love of airplanes, classic cars and Virginia Tech football. He was devoted to his family and friends. He was revered as a hero by most that knew him for his determination and strength after becoming a double amputee in recent years. He persevered and maintained an active lifestyle doing what he enjoyed by working and supporting his family.

Inurnment will be at 12:00 PM on Friday, May 7 at Albert G. Horton, Jr. Memorial Veterans Cemetery in Suffolk, VA.

To the Minnick family,

You do not know me, but "Sammy" was my neighbor who lived across Wadsworth Street in Radford during the mid to late 50's. The last time that I spoke or saw "Sammy", as he was known in those days, was 1959. He was an aspiring football player who played for the McHarg Yellowjackets that was coached by Robert "Chick" Linkous. Once, an intruder, gaining access to the Minnick home by taking a ladder, climbing through a window, across...

Dick and I worked together at Beamon and Johnson Napa Auto Parts and Advance Auto Parts. Dick was truly an inspiration to all that met him for his dedication to his family, work, country and god.
I really enjoyed talking with him about his military service, NASCAR, life and favorite beverage place.
I especially admired him for his ability to overcome his disability and return to work.
God bless your family during this difficult time and thanks for sharing your time with...

Dick was my manager at Advance auto parts my friend and a man who loved his family he will and is greatly missed by so many people. He never gave up on anything. He was one of a kind.Love you my friend.

I met Dick at Advance Auto. We had a great time running stores. Everyone loved him. He was so great with customers. We went to 10 manager conferences together in Florida. Never a dull moment, always had a new joke. Talked a lot about his family and grandkids. He was definitely a character and I feel proud to have spent time with him.

I knew Sammy (which we called him) for many years when he and his family lived on Piedmont street in Hampton. He was s wonderful friend and I can not forget how nice he was to me. Saw him when he retired from the service, still the same precious person. I know his family will miss him, but I am sure he has left a memory book full of memories to carry t hem thru their lifetime. RIP Sammy, I will see you on the other side one day.

I’m so sorry for your family’s loss. Dick was a wonderful guy and was always nice to me