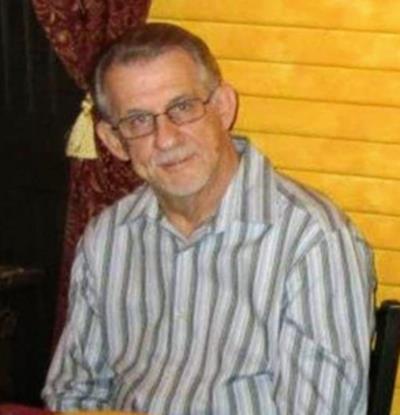 Richard “Rick” Allen Spencer left this earth on October 24, 2020. He was born on December 7, 1940 in Indianapolis, Indiana to Edgar Eldon Spencer and Bertha Marie Spencer.
His is preceded in death by his parents, Edgar & Bertha, his son Sean Aaron Spencer, his sister Shirley Joan Spencer, his brothers Ollie Britton Spencer, and Ronald Lance Spencer.
He leaves behind his wife of 31 years, Deanna Kay Spencer, his son Shane Allen Spencer, his daughter Shilah Jo Spencer Carpenter and husband, Jackie Ray Carpenter, daughter Nicole Anne Dorsey, daughter Jennifer Sue Dorsey and fiancé, John Morgan McNeil. He also leaves behind 6 grandchildren: Shelby, Bailey, Tori, Jacob, Trinity & Emma and 4 great grandchildren, Rilynn, Anabelle, Gavin & Andrew.
Rick was a strong, honest man, wonderful husband, beloved dad and grandfather. He was a leader and everyone in our family looked up to him. He overcame so many health obstacles. He was a true warrior. He had a wonderful sense of humor and his main goal in life was to make people laugh. He never met a stranger. He could comfort you, inspire you, witness to you like he had known you his whole life. He had a great faith in God and always talked of seeing his son, Sean, again. Rick would talk about heaven and earth and the afterlife. He was not afraid to die and knew, without doubt, that we would all be together again someday.
A virtual service will be planned sometime around his birthday, December 7. In lieu of flowers or plants, please donate to The Alzheimer’s Association in Rick’s honor.

Forever & ever, Amen baby. I'll miss you always and I love you more. dk

My thoughts and prayers are with you and your family. He was a wonderful, fun loving person.

Never miss an update about Richard ""Rick". Sign up today.