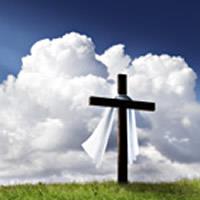 Richard Wesley Starck, 87, died unexpectedly February 20, 2021, at Golf Coast Hospital, Ft. Meyers, FL. He was born on August 1, 1933, in Chicago, IL, the son of Fred and Leona (nee Schade) Starck. Richard graduated from Steinmetz High School. He married his high school sweetheart, Arline on December 8th, 1951. They celebrated 60 years of marriage before her passing on April 5, 2012. He married Nancy Olsen on August 1, 2014.

Richard was an avid singer and member of the Octones and his church choir. His hobbies included softball, basketball, fishing and he took up golf in his senior years. Richard worked for Illinois Bell until his retirement. He was co-owner at Lift System with his son in 1987, selling in 1998 and reopened under Lift Works in 2003 where he worked until his passing. He was known for his dedication to church, his commitment to work, and his kind and compassionate spirit. He had a lasting effect on everyone he spoke to.

Visitation: Due to COVID-19 restrictions, the services will be private.
Those who wish to remember Richard in a special way may make gifts in his memory to the American Parkinson Disease Association (APDA).