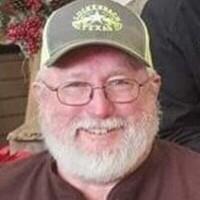 Ricky Glenn Fowler, 62, of New Boston, Texas went home to rest with his savior September 14, 2021 at his residence.  He was born July 16, 1959 in New Boston to Glenn Fowler and Dorothy Smith.  He was retired from Red River Army Depot and currently worked as a Superintendent for Integriward LLC. He was a licensed electrician and jack of all trades.

Ricky was the most comfortable man in his own skin and only found leisure in working.  He loved his family, friends, and livestock.  Most days you could find him either in the hayfield, out with his cows, at a dinner table, or helping anyone out that needed it.  He was the shining example of The Golden Rule and a better man could not be found.  He was a great supporter of local FFA and 4H organizations. He was a very loving father and grandfather and will be greatly missed by so many far and wide.

Stubborn maybe, but very selfless and caring of others.  He never met a stranger and everyone was a friend.  The amount of knowledge he had the time to forget in his life is more than most of us will ever have the time to learn.

You have earned your rest. Now try to enjoy it.

He was preceded in death by his parents. Left to remember him is his partner in crime, Traci Turner;one daughter, Shelley Fowler; one son and daughter-in-law, Stephen and Traci Fowler; one sister, Connie Barron; one brother and sister-in-law, Jeff and Tammy Fowler; four grandchildren, Jarrod, Skylar, and Hagen Fowler, and Devin Shumake; and more family and friends than he could shake a stick at.

In lieu of flowers, donations can be made in his name to any local FFA or 4H organization.

Funeral Services will be held Saturday, September 18, 2021 at 2:00 P.M. in the Bates Rolf Chapel, New Boston with Bro. Jimmy Ramsey officiating. Visitation will be from 1:00 until 2:00 P.M. before services.  Local arrangements are under the direction of Bates Rolf Funeral Home, New Boston, Texas.

After services, the family requests your presence from 3:00 until 6:00 P M. at The Trailhead Park Pavillion, downtown, New Boston  to visit and celebrate the life of Ricky.

He never met a stranger he was kind to everyone

To Ricky's family, I am so sorry to learn of your loss. I knew Ricky and his parents when he was growing up. He was a good person. He will be missed by all that knew and loved him.

He was in my first Sunday School Class at Westside Baptist in 1965. With our B-Days 1 day apart & a personable personality like his, his B-Day & Ricky will be forever hard to forget. Sure gonna miss him. He was such a good guy! Jana D Dickens Madill

Ricky was one of a kind. He is going to truly be missed. Keeping you all in my prayers.

Shelley, my prayers are with your family. I always think of him as "Coach" because he coached our little league softball team.

I'm so lost for words Ricky was a sweet man. I'm glad I got to know him.

He was my friend. A person I could count on, rely on for good advice. He taught me about generosity and humility. We always enjoyed a good laugh and I will never forget all of his sayings and "isms". My heart is truly broken.

He was truly a good neighbor and friend and would help you with anything you asked. He will be missed. Our thoughts and prayers are with the family.

Never miss an update about Ricky. Sign up today.