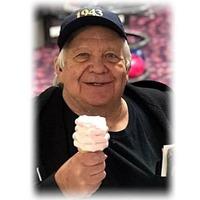 Riley Warren Thompson, age 78, of Petersburg, WV, formerly of Seneca Rocks, WV, passed away on July 28, 2021, at Grant Memorial Hospital in Petersburg, WV. He was born on June 3, 1943, in Riverton, WV, the son of the late Roy Thompson and Iva Jane (Bennett) Thompson. He was married to the late Lynn Thompson.

Mr. Thompson was a graduate of Circleville High School and later obtained a degree in education. He was a retired teacher and principal at Seneca Rocks Elementary School in Seneca Rocks, WV. Riley will be remembered as a man that dedicated his life to education and to the betterment of the community.

In honoring Riley's wishes, his body will be cremated and all services will be private. Memories and words of comfort may be left at www.basagic.com

I am sad to hear of the passing of Me. Thompson. He was my teacher in 7th and 8th grade at Seneca Rocks. I remember him as an energetic teacher who really cared about teaching and I remember how red his face got when he got mad! God bless your family and Rest In Peace, Mr. Thompson

Sorry to hear if Riley's passing. May he rest in peace.

Thompson Family,
You have our deepest sympathy. “Mr. Thompson” goes down in my children’s book of favorites along with my hubby Sam. May God be with you and hold your hand as you mourn over his passing.
With Love,
Sam, Kim and Yokum Family

Riley was one of my six grade teachers at North Fork Elementary. I always looked forward to talking with him especially uat the end of the day when we were waiting for the bus. He always had a big smile and laugh and always made effort to take time to talk with me. He was a very caring person and a great teacher.

Our deepest sympathy is extended to the family. Riley was such a good person & always full of joy. May God's loving arms surround each of you during this time of loss.

Sending My Sincerest Sympathy To All The Family, “RIP,RILEY.” (Mr.Thompson)

Riley was a great friend. We had a lot in common. Both of us started 1st grade together at Dixie School, were roommates at Glenville College, started teaching the same day, and we retired from teaching the same day. He always enjoyed watching athletic events. Under his coaching leadership, he helped to develop several outstanding basketball players at Seneca Rocks School. He was very proud of his sons and grandchildren.

Extending our sincere condolences to friends and family.

IT WAS WONDERFUL KNOWING YOU. YOU WERE A GOOD FRIEND. RIP MY FRIEND

Never miss an update about Riley. Sign up today.