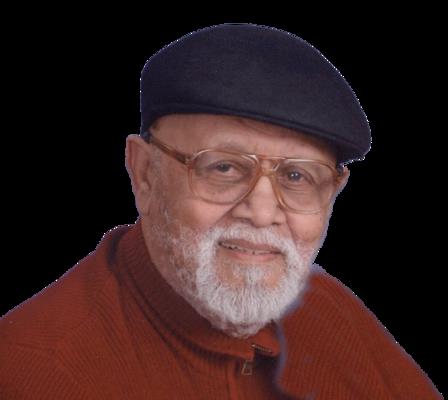 Robert (Bob) Willie Anderson Jr. was born May 22, 1935 to the union of Robert and Florence Anderson in Kinloch, MO.  He was the third child of three born to this union. Both parents and his two sisters (Peggy Staten and Betty Jean Jaycox) preceded him in death.

He went to school in Kinloch for his primary level education. He made the decision early in life not to pursue higher level education and entered the work force at an early age. He utilized his entrepreneurial talents, work ethic, and resourcefulness to make a living. He served in the Army for two years and was honorably discharged.

In September, 1955 he was united in holy matrimony to Lugenia, the love of his life. To this union three children were born. His wife, Lugenia preceded him in death in 2013.

Robert worked as a Sheet Metal Assembler until 1961, and then joined the St. Louis Firefighters. He left after a couple of months but would rejoin in 1967. This would be his primary vocation, where he would rise to the rank of Captain in 1978. When away from the Fire department, he would provide carpentry and other handy man services as a secondary source of income. He served as president of Firefighters Institute for Racial Equality (F.I.R.E.) for over 20 years and was responsible for successfully championing several equality and diversity initiatives. He also served as regional director of South-Central region of the International Association of Black Professional Firefighters (IABPF).

Robert loved sports and coached little league baseball and football at the Matthews-Dickey Boys Club for many years. In addition to serving the community, Robert was a devoted husband and loving father that selflessly and sacrificially provided for his family. He had an incredible sense of humor and optimistic personality. In fact, he later coined the phrase "things are moving in the right direction" which expressed his positive perspective on many life situations. He loved spending time with his family and truly loved people. Although he will certainly be missed. he has left an indelible mark on many lives, and a legacy of excellence.

Robert departed this life on the morning of September 7, 2021, at his residence in St. Louis, MO.