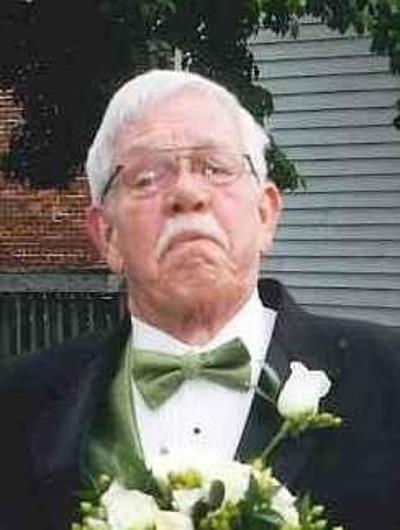 Robert Edward Barnes, 73, of Murfreesboro, TN, passed away on July 11, 2019 at NHC Murfreesboro following a long illness.  A memorial gathering will be from 2:00pm until 5:00pm Saturday, August 3, 2019 at Woodfin Memorial Chapel, 1488 Lascassas Pike, Murfreesboro, TN.

Bob leaves behind two children, Dawn Barnes Watts (Alan) of Murfreesboro and Shawn Perry Barnes of Franklin, TN, and two bonus grandchildren, Dylan Watts and Savannah Casterline-Watts, both of Murfreesboro.  He is predeceased by his wife, Nanci J. Barnes, and his younger sister, Nancy Reed (Matt).  Bob also leaves behind PepsiCo, for which he was an unofficial spokesperson for Diet Pepsi, oftentimes in defiance of doctor's orders.  (Bob sends a belated apology to the urologist who tried, and failed, to take his Diet Pepsi away during his most recent hospital stay.  His children will fondly remember this incident as the "Coke vs. Pepsi Conspiracy.")

Bob was born on February 5, 1946 to the late Emma Leah and Frank Edward Barnes, in Nashville, TN.  He survived polio as a young child and inexplicably survived his youthful adventures roaming the hills of West Nashville, perhaps by using skills learned while earning his Eagle Scout award.  After graduating from high school and attending college at Middle Tennessee State University, he joined the Heil-Quaker/Whirlpool team in LaVergne, TN and stayed put for 30 plus years.  In his spare time Bob volunteered as Scout Master for Boy Scout Troop 106 and served in that role for 15 years, a legacy of service he passed on to his son.  During his tenure as Scout Master, Bob earned the Long Rifle Award for outstanding service to the district.

Bob embraced the fun, the silly and the goofy, and had zero interest in any aspect of life that could be considered "serious."  Examples include getting regular haircuts, opting to not wear a favorite clothing item with unfortunately placed holes (it's air conditioning!), and employing the strategic use of his "inside voice."  He never met a stranger, and all were greeted by his booming "Hey!" and his boisterous laugh.  He bled UT Volunteers orange, had a deep and lasting love affair with Peter Pan peanut butter, enjoyed listening to classic rock of the 50s and 60s (with a bit of ABBA thrown in for variety), was a self-taught and proficient cross-stitcher, and was an accomplished amateur electrician.  He was a true Renaissance man, and he will be deeply missed.

The family extends a special thank you to the staff of Home Instead Senior Care, who helped Bob live independently until his final illness.  The family would also like to give the wonderful care team at NHC Murfreesboro and the staff of Alive Hospice their greatest gratitude for helping Bob live his last days in peace and in comfort.

so sorry to learn of bob's passing. he was a good neighbor for many years on greerson dr in m'boro. rest in peace. condolences to shawn and dawn.

My condolences to the family. Bob and I were really good friends in high school and navigated the hills of West Nashville and other places around Nashville together all through high school. Rest In Peace my friend and I will see you on the other side!