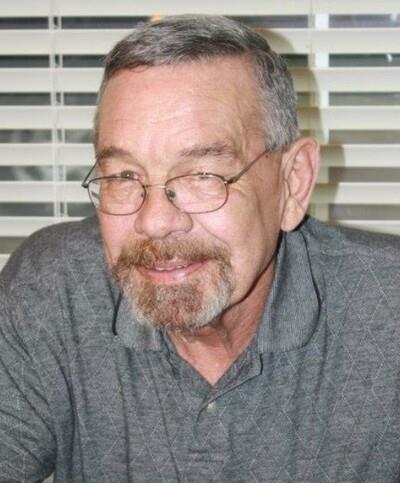 Bob, 71 years of age and a long-time resident of Natchitoches, passed away on July 30, 2020.  He was born on July 2, 1949 to Robert McGill, Sr. and Mary Alice Brannon McGill in Centreville, MS.  He was preceded in death by his parents; a son, Sean Eric McGill; and a sister, Mary Alice Payne.

In lieu of flowers, donations in Bob’s name may be made to St. Jude Children’s Research Hospital, 501 St. Jude Place, Memphis, TN 38105.

So sorry for loss, Bob was a great person and even though I had not seem him for a while I always considered him a friend and he will be missed. RIP Bob!!

Melanie, Bubba and Frances, I’m so sorry to hear of Bob’s passing. My thoughts are with you all.

"Bob" McGill was one of those few individuals in life that you would come to understand how Kind & Gentle a man could be. He was a very Likable Person! I always liked "Bob' , He made me feel Good, Because He treated me "Like a Real Person", someone Worth something to someone, and for that, I will never forget. R.I.P. my old friend, I'll see you shortly.

Sorry for the passing of Mr. Bob, to the all the McGill family my sincere sympathy. May he rest in peace. Prayers and hugs .

I'm so sorry Bubba. Love you and sending hugs to you.

To the McGill family, my condolences to you all on the passing of Bobby.

He was a true friend and classmate through high school and our first two years of college. We were not only classmates we played on the same football teams together.

May God Bless and keep you all.

Bobby and I were very good friends. We graduated form high school in 1967. There are to many stories to tell about him, some very funny! I remember camping with him and others on the McGill family farm. Rest in peace!

Never miss an update about Robert "Bob". Sign up today.