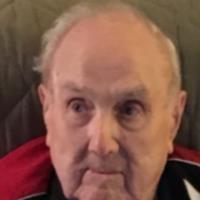 Graveside services for Robert Wayne Caves, 94, of Bullard, will be held on Thursday, December 30, 2021, at 1:30 PM at Cathedral of the Pines with Reverend Sherman Mayfield officiating, under the direction of Jackson's Burks Walker Tippit.

Robert Wayne Caves passed away on Tuesday, December 28, 2021 at The Hospice of East Texas.

Wayne married Thelma Faye Dozier on June 25th 1949. They were married 55 years until the time of her passing in 2004. Wayne was in the Navy during WW II. Wayne was employed by Southwestern Bell for 42 years where he held several different positions. He was also an active member of the CWA, and the American Legion and held the position of Post Commander for a time. He enjoyed spending his retirement time with his grandchildren and great grandchildren.

Visitation is scheduled from 5:00 to 7:00 PM on Wednesday the 29th of December at Burks Walker Tippit in Tyler, TX.

If desired, memorials may be made to The Hospice of East Texas Foundation, 4111 University Blvd., Tyler, Texas 75701.

Uncle Wayne was like a second father to me growing up. I spent around 2 weeks every summer at the Caves home and invited on numerous vacations with them. With Cathe and I only a few months apart in age, we became entertainment for each other. I fashioned myself to be a great singer and would regale the family with songs in the car. Uncle Wayne and Aunt Faye never faltered in excluding how good I was and never indicated I was annoying...which I am sure I was.
There was never a time that...