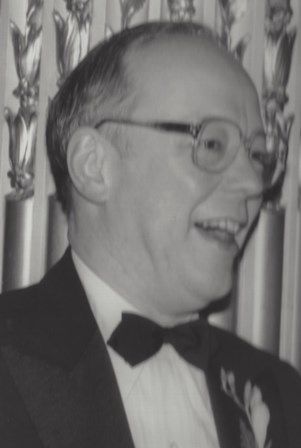 Robert Sheffield Clark Robert Sheffield Clark passed peacefully on March 10, 2016 from complications of Parkinson's disease. Born in Schenectady, NY April 18, 1934, he was the eldest son of Margaret Daggett Clark and Robert Harold Clark. Bob graduated Solon High School in 1952 and Kenyon College, Cum Laude and with High Honors in English, in 1956. He was a member of the Delta Tau Delta fraternity. Bob proudly served as a Lieutenant in the US Navy from 1956-1961 and served in the JAG Corps. He met Margaret Leitner (deceased) in New York City and they married on September 7, 1963. He received his MA in History from New York University in 1968. Bob began his career in publishing answering letters at Life Magazine. Bob then joined Ziff Davis Publishing where he rose to the position of Executive Editor of Stereo Review Magazine. He later served as Executive Editor of High Fidelity magazine in Great Barrington, Massachusetts, and was later the Editor of several trade publications in the field of lasers and photonics until his retirement in 2002. Throughout his life, he pursued his love of classical music both as a critic for The Hudson Review and other publications, and as a bass in various choral groups. Bob was at home in both the energy of Manhattan and the peace of the Berkshires. He most recently resided at Broomall Presbyterian Village. He is survived by three sons, David (Melissa), Nicholas, Eben (Jean Coulter), and daughter Valentina Gomez (Alexander), and his siblings Dr. Linda J. Clark (Rev. Edwin Pease) and John C. Clark (Judy, deceased). Bob's ten grandchildren were his greatest joy, together with his love of music, writing, literature, tennis, gardening and travel. His friends and family will remember his wit, intellect and strong desire to support others. In lieu of flowers, donations to Michael J Fox Foundation for Parkinson's Research are requested. Relatives and friends are invited to his Visitation on Monday at 10:30 AM followed by his Funeral Mass at 11 AM at St. Monica Church, 635 First Ave., Berwyn, PA 19312. Interment Gate of Heaven Cemetery, 225 Ridgedale Ave., East Hanover, NJ 07936 CORRECTION:: SERVICES ARE AT ST. MONICA CHURCH, BERWYN.

Five days a week for eight years, I had the great joy of working with and spending time talking about everything with Bob at Ziff-Davis when I was in corporate editorial production. He was an extraordinary, compassionate, witty and deeply intelligent person. It was a long time ago, but Bob has stayed in my mind ever since. My deepest condolences to all his family.

Dave, Nick, Eben, and Val, Thinking of your family and fond memories of Bob. We treasured Bob's love of music. Bob and Nick visiting us at Tanglewood were wonderful times.

I had the good fortune to work with Bob at High Fidelity. Besides being a fine editor, he was kind and appreciative of the staff's efforts. It was a pleasure to know him, and I've often wondered about him after he moved on.