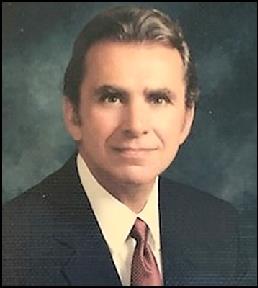 DAHLIN, Robert John (Age 87) Robert J. Dahlin "Bob" passed away on Wednesday, December 18, 2019. Born and raised in Portland, Oregon, Bob graduated from Jefferson High School, class of 1949, when he was 16. He then went on to attend Washington State University (WSU) where he became a member of SAE fraternity and met the love of his life, Shirley Frances Reugh. Bob and Shirley married in 1952, enjoying 65 beautiful years of marriage. Bob graduated from WSU in 1953 at the age of 20, and joined the Army Signal Corps as a 1st Lieutenant until 1955 when he went to work for JoLo Corporation as a district sales representative. In 1963, Bob returned to school, at the University of Washington School of Pharmacy, graduating in 1966. Bob and Shirley then moved to Fullerton, California, where Bob became a long-time owner of multiple pharmacies throughout Southern California with several located in the city of Long Beach as they raised their three children enjoying many family ski trips to their favorite ski resort, Mammoth Mountain. Additionally, Bob was active in the Lakewood, CA Kiwanis Club, member of the Long Beach Pharmaceutical Association board of directors and was a Deacon at First Presbyterian Church of Fullerton. Bob was an avid and talented golfer and was a 40-year member of Los Coyotes Country Club in Fullerton, California. In 2015, Bob and Shirley retired to Smith Mountain Lake in Virginia to be closer to family in their later years, enjoying boating and making new friends in the area. Bob's contagious smile and genuine personality was felt by many in the Smith Mountain Lake community of Virginia. Bob is survived by his three children: R. Scott Dahlin (Leanne Dahlin), Carolyn K. Hauck (Joe Hauck), David J. Dahlin, and grandchildren: Sean, Ryan and Jennifer; and precious great-grandchildren Olivia and Kevin and dear nieces and nephews. Bob was predeceased by his wife Shirley and adoring grandson Robert L. Jones, his parents, Carl G. Dahlin, Mabel R. Dahlin, and brother Carl G. Dahlin Jr. His family will receive friends from 5-7 p.m. on Thursday, December 26, 2019 at Flora Funeral Service and Cremation Center, Rocky Mount, VA. A celebration of life memorial service will be held at Heritage Funeral Home, 508 N. Government Way, Spokane, WA. 99224 on Saturday, January 4, 2020 at 12:30 PM with a graveside interment to follow at 2:00 PM at Greenwood Memorial Terrace, 211 N. Government Way, Spokane, WA. 99224.

I'm so sorry to learn of Bob's passing. I treasure a picture I have of him and Carl behind me in my highchair as they were older cousins. Bob and Shirley always kept in touch over the years. Love, Cousin Lynn (Aunt Mabel and my Dad Norm were sister and brother)

Rest in Peace Bob. Denise and I really enjoyed knowing you these past five years. We always enjoyed our talks.

Thank you for your service to our country. Rest In Peace.