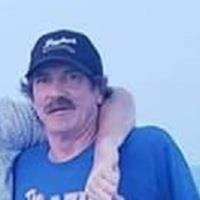 Robert Roy Donaldson, age 58, of Somerset formerly of London, Kentucky passed from this life on Wednesday, May 12, 2021 at the Lake Cumberland Regional Hospital after an extended illness.

He was born on October 24, 1962 in Detroit,  Michigan, son of the late Dennis Donaldson and Kay Powell

Robert was of the Baptist Faith and always enjoyed spending time with his family, especially his grandchildren.  He also enjoyed building and working on cars.  Prior to moving to Kentucky Robert spent most of his life living in Michigan.  He will be greatly missed by those who knew and loved him.

Besides his parents, he was preceded in death by one sister.

A Celebration of Life Memorial Service will be held at a later date.