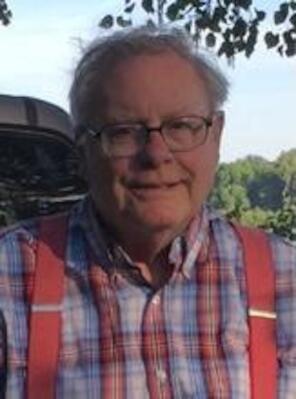 Not the right person? See All ›
AGE
87
LOCATION
Newburgh, Indiana

Newburgh - Robert "Bob" Folz, 87, of Newburgh, passed away Wednesday, October 14, 2020 at The Village at Hamilton Pointe. He was born November 7, 1932 in Evansville, to the late Victor and Anna Folz.

Bob was a graduate of Memorial High School and married his high school sweet heart, Betty Dugan. He served in the United States Army from 1952-1954, during the Korean War. Bob retired from Sterling Brewery when it closed, after working there for 29 years. He was a member of the Eagles and Central Turners. He and Betty enjoyed dancing, playing cards, and boating. Bob was an excellent cook. He liked using his knowledge to figure out problems and he seemed to have the ability to fix just about anything. Bob enjoyed spending time at his river camp, "Cornfield Follies." He had a green thumb and raised beautiful gardens every year. Bob was very humorous, quick witted and was loved by all who knew him.

Bob was preceded in death by his parents, Victor and Anna Folz.

The family would like to thank the staff of The Village at Hamilton Pointe for their kind and compassionate care of Bob and Betty.

Memorial contributions may be made to American Legion Kapperman Post #44, 711 State Street, Newburgh, IN 47630.

Condolences may be made online at www.ziemerfuneralhome.com.