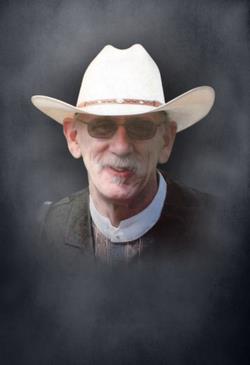 Funeral services are scheduled for 11:00 a.m. Wednesday, April 11, 2018 from the Sosebee Memorial Chapel with Rev. Steven Sheffield and Rev. Kevin Thompson officiating. Interment will follow in the Georgia National Cemetery. The family will receive friends at the funeral home on Tuesday from 5:00 p.m. until 9:00 p.m.

Mr. Smith was a Vietnam Veteran. He retired from the U.S. Air Force Security Forces after 20 years of military service. Upon leaving the Armed Forces, Mr. Smith enjoyed a long career with Chart Industries from which he would eventually retire. He was a member of Buffington Baptist Church.

In lieu of flowers memorial donations may be made to a charity of your choice or the American Cancer Society, P.O. Box 22478, Oklahoma City, OK 73123 or online at www.cancer.org.

Diana,
So sorry for your loss. May God be with you in the days to come.
Lisa Byess & Family

Dear Ms. Diana,
I am so sorry for your loss. Michael or "Chief" as we called him was the kindest, warmest person I have come to know. He spoke of you always with love and care in his heart. He held you in the highest regard and it seems to me that you were the love of his life. He affected so many people with his ability to be fair, diplomatic, sharing and kind. He was truly the kindest soul I have ever known.

My prayers to you and your family for comfort and...

Your family is in our prayers

Diana, prayers for you and your extended family, Mike was a awesome man and you know it, he worshiped the ground you walked on. I will truly miss all his facebook post. If you need me you know how to find me.

Praying for everyone during this time. He was a sweet and kind hearted person!

Never miss an update about Robert "Michael". Sign up today.