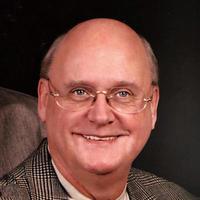 Robert Porter was born in East Liverpool, Ohio on November 24, 1939. He married Bonnie Mellen on September 2, 1972 in Portland, Maine. He was a graduate and trustee of Eastern Nazarene College (ENC). Bob went on to serve in the Army intelligence corps during the Vietnam War. He also worked for the New England Telephone Company for more than 30 years. When he retired, he was ordained as a Minister of Music in the Nazarene Church.

Robert Porter had a life-long love of church music. He started singing in his church as a child and continued throughout his life. In college, he travelled for ENC in a quartet with his brother, Bill. He was a song evangelist for the Church of the Nazarene and travelled the world singing. He was very proud to lead the music at the South Portland Church of the Nazarene for several years, in addition to being the music director for national senior adult retreats for the Nazarene Church for several years.

Bob showed love with ease. He was a devoted husband and father, never passing up an opportunity to let his family know how proud he was of them. There was no stranger in his life; he made friends easily. He also had a deep love for dogs and all the neighborhood puppies loved him. He was never without a pocketful of treats in the off-chance that he met a pup in his travels.

Robert Porter is preceded in death by his father Talmidge Porter, stepfather Harold Hardy, and mother Evelyn Hardy. He is survived by his wife Bonnie; children Kristin, Christopher and his husband George, and Robert; twin brother William and his wife Judy; and grandchildren Rachel and Ben.

In lieu of flowers, donations may be given to Nazarene Compassionate Ministries.

Robert Porter’s family wishes to extend their sincere thanks to Dr. James Donahue, the Gosnell Memorial Hospice House, and the South Portland Church of the Nazarene for their support and loving care.

Bob was a great singer and we sang together in the So Portland Church of the Nazarene. We kidded a lot and all the time we worshiped our Lord and Savior, Jesus.

Cathy and I were so sorry to hear of Bob's Passing! Surely Heavens gain is our loss! We want to extend our love and sympathy to Bonnie, Chris and Kristin. We always felt Bob was in our corner and would do anything he could to help Christ's Kingdom. The last 7 1/2 years we have missed scones being left at our door or him coming over to check on us or our dog. He was truly an inspiration to many and will be greatly missed! May God richly bless this family as he has in the past.

So sorry for the porter family of Robert's passing.
Kristen Tully

To Bonnie and Kristin and christopher,
I was so sorry to hear of Robert passing. So sorry for the family. Take care.
Kristen Tully

Bob and I shared a love of music. I'm sorry I never got a chance to sing a duet with him this side of Heaven. I look forward to our voices praising God when I meet him across the Jordan. Bonnie my thoughts and prayers are with you.

Just think of stepping on shore and finding it heaven, of touching a hand and finding its Gods. Just a few of the lines of a song that bob sang that ministered to me often. Also, nobody could sing oh holy night like bob could .see you again bob.

Chris,
Don and I are very sorry to hear of the passing of your dad. It sounds like he was a wonderful man that gave you many great memories to reflect on with smiles. Please know that you, George, and your entire family will be in our prayers in the coming days. Our deepest sympathies. Danny and Don

My condolences to the Porter family. I will always remember Pastor Porters white boots as he preached from the pulpit at YorktownChurch of the Nazarene and the brown wind breakers he and the Teen quiz team wore with their names on it. I have a lot of fond memories from the time he was at the Yorktown Church. The tire swing and playing with Kim. Most of all I remember how he always put up with my childish shenanigans. So blessed to be able to call him my Pastor.