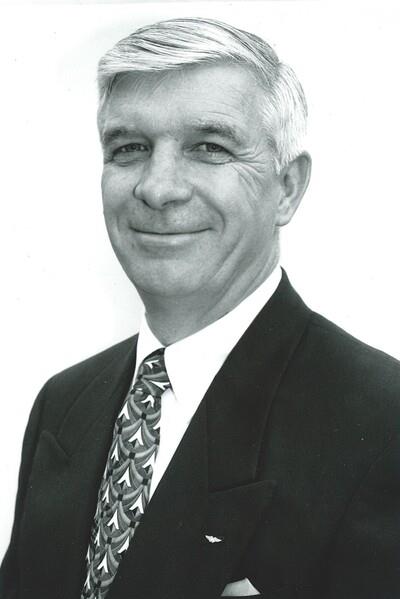 This Father’s Day we said farewell to the most generous, kind, compassionate soul the world has ever known. Family was everything to him and he will forever live in our hearts and souls.

Robert Thomas (Bob) Regan died on June 21st at age 79. Bob Regan was born in Burdett, NY April 4, 1941. As a young man, he earned the Eagle Scout award, after graduating from Groton High School he joined the George Strait Circus. On his way to Mexico, he brought some friends to USM in Hattiesburg, MS and he decided to stay and enroll. He was a member of Kappa Sigma Fraternity and graduated with a Bachelor of Science degree in 1964. He was an active member of the Southern Skydivers Parachute Club and he may have landed in a few trees giving him the title Tree-master. After graduating he moved to Pensacola FL to begin his student teaching at Escambia High School where he met the art teacher Pat McGehee. He and Pat were married and he joined the Navy, attending OCS in Newport Rhode Island followed by flight school in Pensacola as a Naval Flight Officer. He was assigned to Patrol Squadron Nine flying out of Moffett Field, CA with detachments to Adak Alaska, Guam, and Cam Ranh Bay, Vietnam. He was a mission Commander and Tactical Coordinator flying on a P-3 B Orion during Operation Market-Time interdicting contraband traffic into South Vietnam. He received the Vietnam Service Medal w Bronze Star; National Defense Service Medal; Air Medal; Armed Forces Expeditionary Medal; Navy Unit Commendation; and Meritorious Unit Commendation.

Upon completion of that assignment he returned to Pensacola as an instructor at Naval Aviation Schools Command as a collateral duty he volunteered to assist the International students undergoing flight training. They returned to Groton NY and purchased the Shadowlawn estate where he was a volunteer firefighter and ambulance driver. They returned to Pensacola with their young daughter, Shawna and he separated from active duty and joined the Naval Reserves and at the same time started work as a Civil Servant working with the ever-increasing number of International students. In 1978 he joined CNET in the newly formed International Division. Over the years he has been the Country Program Manager for the countries of Western Europe arranging all facets of their training with the US Navy. In 1991 he retired from the Naval Reserves as a Captain and on Feb 27, 2004, he retired from civil service with a long and distinguished career.

He was very active in his community serving as the President of the Heritage Foundation, North Hill Preservation Association board member, Elcano Society, Saints and Sinners, Fiesta of Five Flags Court of Deluna, and over the years participated in a multitude of community service projects.

He was preceded in death by his parents, Thomas Regan and Winnifred Cummings Regan, and sister Sarah(Sally) Regan Baier.

Visitation will be held at Harper Morris Memorial Chapel on June 25th from 5-7 pm. (Masks encouraged; social distancing will be implemented)

Funeral Service at Christ Episcopal Church on June 26th at 10-10:30 am (limited seating)

In lieu of flowers, donations can be made to Pensacola State College Visual Arts Department for the Robert Regan memorial scholarship.

Friend and mentor. During my 3 year tour at NETSAFA, Bob was my go-to guy for questions. He always had excellent insight into issues and the broader picture of international training. Bob and Pat became friends, not just co-workers. Bob was a gentleman of the highest order. Pat and family are in my thoughts and prayers. Rest In Peace friend.

Oh I have such grand memories of Bob Regan -- very much so. What a GRAND family that was. I was always so impressed with them as I visited them at their home in Groton. Graduating with brother Terry was my connection. General and kind are the best words to describe...the entire family. I am so sorry for your loss of dear Bob.
Margaret Hopkins Hovanec

Bob was a great long-distance friend and manager of my training programs for Spain for many years and helped me tremendously when I began working with the Navy. He was tremendously kind and genuinely a wonderful person. Rest in Peace my friend.

I didn't know your father, Kristen, but I do know that he was a father who loved and supported his daughter, even when she was an adult. There he was at every single Visual Arts after-hours event. Treasure your memories ...

I just wanted to pass on my condolences on the loss of Mr. Robert. He lived a FULL life and boy do I need to catch up to all that he did. Mom has told me so many wonderful memories about you both and I remember meeting you and your lovely family that summer. Please pass on my condolences to your family and know that you guys are all in my thoughts and prayers. Know that he has some good company with my dad and today was his birthday so it was a welcome...

Pat...
Please accept my deepest sympathy at your great loss. I am deeply saddened to learn of Bob's passing. He was an inspiration to all who were so fortunate to be among his many friends and shipmates. A consummate professional, his ever-present smile and positive attitude was contagious. I have always admired him for his unending energy and benevolence.
I join with all who were the beneficiaries of his friendship. May the good Lord ease your sorrow. Bob may have left this...

Pat and family. I am very sorry to hear Bob passed. I really liked working with Bob. He was always very helpful with the aviation programs. He wanted to help me do my job instead of making me feel like an idiot. I pray God wraps his arms around you and grants you peace and comfort.

I worked with Bob for many years. He was one of the good and noble guys and was well respected throughout the international training community. I am sad he is no longer with us. My sincere condolences especially to Pat, the girls and the grand.

I send my most sincere sympathy to Pat & the family. Bob was so very special. He had such a quiet dignity about him and always had an engaging, ready smile. May God sustain you during this time of grief and saying goodbye to this wonderful man. He really was a special man and I am honored to have known him. My love and Gods blessings to you at this difficult time.