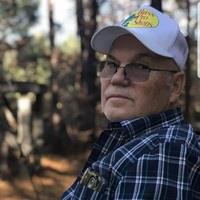 Robert Dell Roden was born April 29, 1950 in Hugo, OK, the son of Robert Randolph Roden and Emma Jean (Moncrief) Roden and had lived all of his life in the Hugo area. His parents preceded him in death. He was also preceded in death by a sister, Judy Heady.

Robert married Ercell Heady on April 19, 1969 in Hugo. He was a case packer at Campbell Soup Co. in Paris, TX retiring after 44 years. Robert enjoyed traveling, loved the Rocky Mountains, enjoyed camping, car shows, going to the State Fair and watching old time Western movies. He especially enjoyed having coffee with his friends and spending time with his family.

Very sorry, for such a great loss , my Heart is with you , I have such good memories, I will always cherish

I am so very sorry Ercel, I am praying for you and your family

Praying for all the family.. Love and miss all

With sincere condolences, may God bless you and your family in this time of sorrow.

Sorry for your loss. Prayers for peace and understanding. The Roden family are long time family friends and classmates from Messer School.