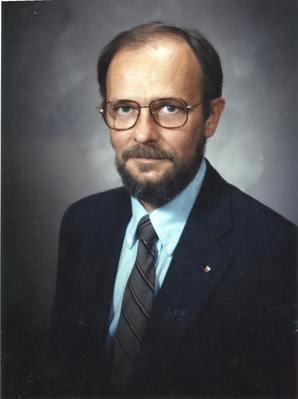 Not the right person? See All ›
AGE
75
LOCATION
Sheboygan, Wisconsin

Sheboygan - Robert Allen Ubbelohde was born November 9, 1942 son of Robert August and Betty (Heling) Ubbelohde at St. Nicholas Hospital in Sheboygan, Wisconsin. He attended Grant School in Sheboygan until moving to Milwaukee and eventually to Wausau, Wisconsin where he graduated from Wausau Senior High School in the class of 1961 as Senior Class President and Valedictorian.

On June 19, 1965, Robert married Susan Elise Ortwein in Wausau, Wisconsin to who he has been married 53 years and who survives him as do his son's Donald Allen Ubbelohde of Sheboygan, Wisconsin and his son Robert Alexander and daughter-in-law, Nicole (Goeden) Ubbelohde of St. Paul, Minnesota. Also surviving are his brother, Ronald Myron Ubbelohde and his wife, Shellie. An Aunt, Darlene (Ubbelohde) Erdmann and her husband Bruce as well two nieces, a nephew and two grandnieces and nephew plus numerous cousins also survive.

Robert studied at Franklin and Marshall College, The American College, University of Wisconsin-Milwaukee, The University of Wisconsin -Madison, The University of Chicago and Harvard University. He earned three professional certificates and four academic degrees including a B. S. degree in Philosophy with Honors; a M.S. and C.A.S. degrees and his Ph.D. in Educational Theory with a minor in Philosophy. Other academic honors included election to Phi Delta Kappa in 1970 and selection as a Bush Foundation Leadership Fellow (1983-84). He was also selected as Outstanding Teacher at Northland College in Ashland, WI.

Robert was granted the title of Knight First Class of the Order of the Lion in the year 2000 by President Tanja Hallonen of the Republic of Finland. He also served as the Honorary Consul for the Republic of Finland in the Upper Peninsula of Michigan from 2003-2007. He was also received the Arts and Letters Award of the Finlandia Foundation of New York.

While working on his advanced degrees, Robert taught at elementary schools in Freeport, IL and Madison, WI. He also taught as a Lecturer during this period at the University of Wisconsin-Madison. After completion of his doctorate, Robert held teaching and senior administrative positions at Earlham College, Richmond, IN; Northland College, Ashland, WI; and Finlandia University (aka Suomi College). On a number of occasions, he taught as a visiting professor at the University of Wisconsin-Madison and at the University of Memphis (aka Memphis State University). A brief foray into the world of business let to his work at Aid Association for Lutherans (aka Thrivent) including as Director of Training.

In 1988, Robert served as Dean of the Faculty at Finlandia University (aka Suomi College), and then was appointed President and Professor of Philosophy for the remaining 16 years of his tenure. He oversaw the conversion of the institution from an associate degree to a baccalaureate degree granting institution. Post retirement he taught as an adjunct professor at Lakeshore Technical College until 2017. Robert served in a variety of other roles including: Member and Chairman of the Executive Committee of Association of Independent Colleges and Universities of Michigan; member of the Board of Directors of Upper Peninsula Power Company of Michigan; Chairman of the Suomi College Foundation of Finland; Board of Directors of the Lutheran Educational Conference of North America; Member, President's Council, Evangelical Lutheran Church in America, Member, Harvard Club of New York; The Miscowaubic Club, Calumet, MI; Member, the first two Expatriate Parliaments of Finland; member and Vice Chair of the Appleton, Wisconsin Board of Education, and Michigan Academy of Science, Arts and Letters.

A funeral service will be held on Thursday, June 7, 2018 at 11:00 a.m. at St. Peter Lutheran Church (2104 Geele Avenue, Sheboygan) with Rev. Kristen Berglund officiating. Friends may call on Thursday, at the church, from 9:00 a.m. until the time of service. Please visit www.ballhornchapels.com to sign the guestbook.

A memorial fund has been established in his name benefiting St. Peter Lutheran Church and Finlandia University.

Susan, I saw notice of Bob's death in the Earlhamite and have been meaning to write. Bob was an important mentor to me. In raising teenagers, I am reminded of advise that he gave to my teenage self! He was a loving and thoughtful man whom I have tried to model myself after.

Love and prayers to you Susan and to your children.

Just read of Bob's passing, in the Earlhamite. He was such an important person, in my life and in the lives of so many Earlhamites....blessings and love and prayers for him and all his loved ones.
anne kirchgraber-mckee

Susan. Kathy and I are in Houghton Hancock for a end of season everyone getaway. We looked up Bob to see if you might still be in the area and found his obit. We are sad to hear of his passing. He was a good man. Condolences you you and your family. Jim Miller. [email protected]

I am truly sadden by this news. The world lost an outstanding person, mentor, and a friend today. You will be missed and thank you for all the wisdom and encouragement you provided me.

Susan, we were so sorry to hear of Bob's death. We remember fondly our years in Ashland together both in our neighborhood and at Northland. Please extend our sympathies to Donald and Alex.

I would like to express my condolences from the Nikander family. I had not had the chance to meet Bob; however, now that I am a part of the Finlandia board I wanted to express my appreciation for his service in helping the school become what it is today..

I am very sorry for your loss! My prayers are with you all ! I remember him fondly during my Suomi days!!!

Susan, my deepest sympathies to you and your family. Thoughts and prayers are with you.

Please accept my condolences on the death of John Ubelode. I had a good relationship when I was on the board at Finlandia University. He added a great deal to the school.