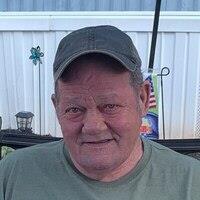 Roger Dale Ball, 69, of Bluewell, WV, passed away on Saturday, January 30, 2021 at his home surrounded by his family. He was a Christian and he went home to be with his Lord.

Born on March 6, 1951 in Vivian, WV, he was a son of the late Elgard and Gladys Eldridge Ball. He had been a resident of Bluewell for 20 years and attended the Montcalm Church of God. He was a former coal miner and was retired from the WV Department of Highways.

In addition to his parents, he was preceded in death by a sister, Carolyn and a brother, Jr. Ball.

Friends may call prior to services on Wednesday, from 12:00-1:00 PM at the funeral home.

Roger was always a joy to be around and such a good man! I'm so sorry for your loss

God has called you home to be with him. He feels you have suffered enough. Your family and friends will miss you but they will hold on to their memories until God calls them home to be with you again.

I only got to know my uncle Roger for 8 years. The first time we met I was welcomed with open arms an heart. I wish we had more time but as I write this my heart breaks and tears full my eyes because I know what a Special Man he was. I still remember listening to your stories and I will keep them with me in Hope's I will be as good of a man as you were. Heaven gained another angel to watch over us as he will be so dearly missed by us all. I love you and will miss you Roger reat in piece.

To Gail and family, so sorry for y'all loss. Roger was a good man always nice. May God be with each and everyone of you. Prayers

We are so sorry Gale to here that Roger has passed. You an your family are in our thoughts an prayers. I pray for Strength, Peace an Confort for you all. We love you. Love; Gene & Gina..

Never miss an update about Roger. Sign up today.