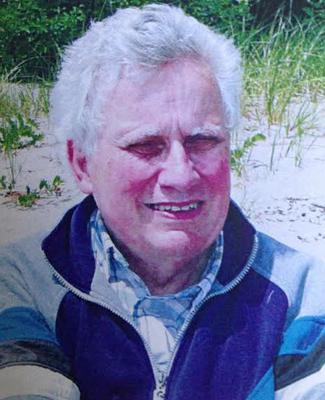 Not the right person? See All ›
LOCATION
Platteville, Missouri

Roger Deane Stephenson lost his long struggle against lung cancer on June 19, 2015 at 5:00 a.m. at Southwest Heath Center in Platteville. He was born 77 years ago on August 27, 1937, in Kansas City, Missouri. He attended Our Saviour's Lutheran Church and its parochial school in Kansas City, Kansas until he transferred to Rosedale High School, graduating in 1956. His parents owned a radio and television repair shop in Kansas City, Kansas, and Roger ran service calls for them all during his teen years. He married Gloria Sue Calahan on September 5, 1957, and the two of them finished college together, taking their graduate work at The University of Missouri at Columbia. Roger Stephenson holds a Masters degree in Physical Science from the University of Missouri at Columbia. He taught physics, chemistry and mathematics at several colleges,including The University of Wsconsin at Platteville, and high schools including The Grammar School in Great Britain. Roger founded P.A. R. Inc. and, later, The RDSoftware Co. These firms produced, respectively, educational appartautus and Quantest testmaking software. He held patents on six devices including a Continuously Variable Transmission, and he was granted two trademarks. Later, as an industrial software engineer, he led the team that wrote the software that drove the perfomance testing of Rockwell International's TCAS, the Collision Avoidance device found on most commercial airliners. Previous publications include newsletters, technical manuals, and articles in The Physics Teacher Magazine and The American Journal of Physics. One of these articles became part of The Physics of Sports published by Springer-Verlag. He most recently tutored high school students and adults in mathematics, physics and computing for The Platteville Area Literacy Council Inc. which he founded with his wife, Gloria. He said he loved to summer on Lake Superior in Ontario and head south to winter in Platteville Wisconsin. Roger leaves behind his wife, Gloria, of 58 years, and two sons, Trevor John Stephenson (Rose) of Madison, Wisconsin, and Dyne Gabriel Stephenson (Roberta Gibbons) of Minneapolis, Minnesota. He also leaves three grandchildren: Emily Allegra Stephenson of Madison and Nations Tucker Stephenson and Henry Louis Stephenson both of Minneapolis, Minnesota. Roger was a life-long learner and especially loved the subjects of science, nature. and music. He was a self-taught piano player who learned, remembered, and played hundreds of songs by ear. He also had been studying The Holy Bible for several recent years with elders of the Belmont Kingdom Hall congregation of Jehovah's Witnesses. Roger's entire character was informed by his creativity and sense of humor. He will be very much missed by his family and a large number of friends. He often claimed to be, "the luckiest duck on the face of the pond", even in failing health. On Saturday, July 11, 2015 the visitation will be from 10:00 a.m. -12:00 p.m. with the memorial service beginning at 12:00 p.m., all at the Melby Funeral Home & Crematory, Platteville. The family requests no food be brought to the funeral home. Memorials may be made to the Roger Stephenson Memorial Fund. Online condolences may be made at www.melbyfh.com.

Never miss an update about ROGER. Sign up today.