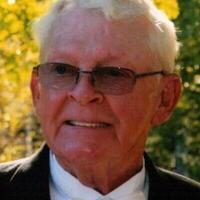 Born on March 17, 1945 and raised in Farmington, NH, a son of Wilson and Phyllis (Wormstead) Benner.

He proudly served in the United States Army during the Vietnam War, serving in Bamberg, Germany.  He was also in the National Guard.

Red was a proud member of the American Legion Post #7.

He will be sorely missed by family and friends.

A graveside service will be held on Thursday July 9, 2020, 11am at Kimball Cemetery on Meaderboro Road in Rochester, with military honors and followed by a memorial reception at the American Legion on Eastern Ave in Rochester.  To express condolences, please visit: www.peasleefuneralhome.com

Rick and Erika, I am so sorry to hear your father has passed. He will always be in my heart and memories. I pray he is in a better place, and you are able to find peace.

Nancy
So sorry for the loss of your husband. You,re in our thoughts & prayers.

Wow Nancy first I've heard of this I'm so sorry for your loss and to His family also Ron was quite a guy I had lot good times getting hot with Him in the park definitely one of a kind so sorry at these difficult times. Sincerely D .Brooks. Rochester NH

We are sorry to hear that cousin Ronnie passed away. We had many great childhood memories of him. He was a character. He always kept busy and loved to dance. We will miss him and keep him in our thoughts. Our condolences to his family. Love, Judy Hall and Family

To the Benner Family:

On behalf of a grateful nation,
and the Department of NH, VFW/Auxiliary District #7, we wish to acknowledge your loved one's service to our country, and send our deepest condolences on your loss.

Red always seemed to be on the move, and had input to any conversation. He lived life to the fullest. I remember my father George Wormstead challenged him to take a big spoonful of his homemade horseradish and of coarse he did and turned as red as his name! He will be missed. Rest in Peace. Love, Sonny & Laurie Wormstead

We are so sorry to hear about Ronnie's passing. He will always be in our hearts & memories. Sending sympathy to you & your family. Jim & Carol (Wormstead) Frost

I miss him and always will. We were close since we were kids and had a lot of laughs throughout our lives. He was a good guy with a good heart.
Luv
Your cousin
Esther

I am sorry for your loss