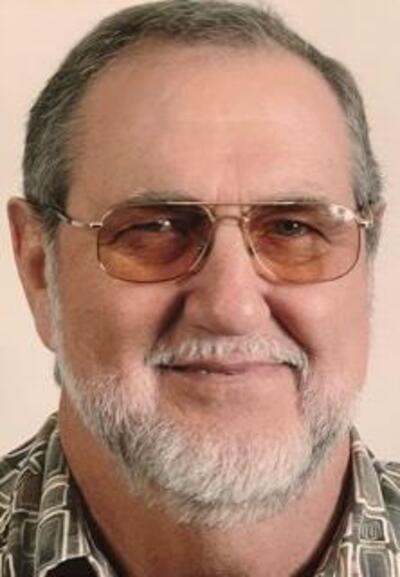 Ronald Edward Jenkins, 83, a Hall of Fame newspaperman who spent most of his career as editor of The Gleaner, died Monday morning at The Heartford House hospice facility in Owensboro.
Mr. Jenkins began his newspaper career as a freshman in high school, calling in sports scores to the Gleaner-Journal.  In 1956, at the age of 18, he was hired as the sports editor.  For the next 50 years, with occasional absences — to attend college at Murray State and for short stints at other, larger newspapers — The Gleaner was his work home, including more than 30 years as editor.
During one 25-year stretch under Jenkins’ watch, The Gleaner won the Kentucky Press Association’s first-place General Excellence award for daily papers in its circulation class 22 times.  He was inducted into the Kentucky Journalism Hall of Fame in 2007.
At other stops along the way, Jenkins played minor league baseball with the Kingsport (Tennessee) Pirates, was an accomplished Golden Gloves boxer, served as the Sports Information Officer at Pepperdine University, and was a two-term Henderson City Commissioner.
With help from dear friends and family, Jenkins won his public battle with alcoholism on April 10, 1988, and remained sober the rest of his life, assisting others in the journey to recovery.
He was a founder of the Henderson Leadership Initiative and served on numerous boards over the years including those for HMP&L and the WARM Center.
He was preceded in death by his beloved wife, Judy Greenfield Jenkins, a Hall of Fame journalist in her own right, who died after a long battle with cancer in 2013.
He was additionally preceded in death by his father, Leonard Jenkins, his mother, Rosella Cartwright Jenkins Gilmore, and his stepfather, Herman “Dutch” Gilmore; two brothers, Robert “Bobby” Jenkins and Neel Jenkins; and one sister, Marjorie Lee Davis Bohannon.
Survivors include his four children, Jodie Lynn Jenkins Nation and her husband, Sam, of Henderson, Ronald Shane Jenkins and his wife, Joane, of Burleson, Texas, Jennifer Ann Jenkins McAnulty and her husband, Mark, of Owensboro, and Joshua Greenfield Jenkins and his wife, Rebecca, of Henderson; ten grandchildren, Dr. Madison Nation of Greensboro, North Carolina, Dalton Nation of Chicago, Illinois, Dr. Joshua Nichols of El Paso, Texas, Kristen Jenkins of Forney, Texas, Marissa Jenkins of Denton, Texas, Kelsey Reese of Lexington, Kentucky, Kyle Reese and Maggie McAnulty of Owensboro, and Harrison and Hallie Jenkins of Henderson.
For safety amid the COVID-19 pandemic, funeral services will be private.  A video recording of the service will be made available online.
Expressions of sympathy may take the form of contributions to WARM (Women’s Addiction Recovery Manor) and New Hope Animal Rescue Center.

Was always kind and loved listening to Him tell a story

Ron was always a class act not only at Morganfield High School but all of his adult life. He called me when he was in Fort Lauderdale and visited me just to see if I was ok. How he knew I was going through a serious medical issue I will never know! That visit was a precious moment in time and I will never forget it! Rest now in peace Classy Mate. I just lost my 53 year partner. Two wonderful men in less than a year is hard to get over! Thank you Bill Bauer for letting me know. Class of...

We're sorry for your loss, Shane. We love you.

I was truly Blessed to meet & get to know “Hi-Jenks” when I was a “rookie” asst. Colonelcoach to Mojo Hollowell when City & County Schools merged in 1976!
I was so entertained & educated during so many of Ron’s visits to our coaches office. His sense of humor was priceless.sometimes “edgy” but always hilarious!
I was blessed again decades later after my retirement, when we’d inadvertently cross paths (Ron on his bike or in his white Escape) on the RiverWalk, Water St....

Ron and Judy we're there for me when Mom died 29 years ago. I've always loved Ron as a part if the family, as widely extended as it is. Hal and send our thoughts and strength. We're here if you need us.

I had the honor and great pleasure of working for Ron years ago at the Gleaner. Such a great guy! Always had time for a chat when we’d run into each other over the years. John and I both thought a lot of Ron. Our heartfelt sympathy to each of you.

Your impact on the community of Henderson, Kentucky will serve as a testament to your character and devotion for many years to come. Rest easy good and faithful servant.

Never miss an update about RONALD. Sign up today.