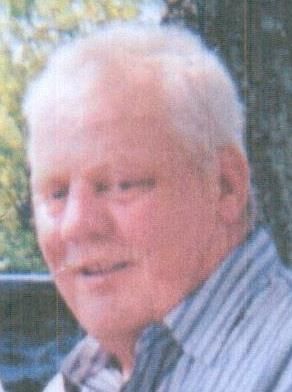 Ronald Eugene Joseph, 55, of Cadillac passed away with his loving wife by his side on Saturday, March 16, 2013 at his home. Ronald was born on November 23, 1957 in Jackson, Michigan to Ronald and Sarah (Milton) Joseph. Ronald was married on September 1, 2007 in Cadillac to Melissa (Gregory) Joseph. He grew up in Chelsea, Michigan and had many friends. Ronald enjoyed mushrooming, barbecuing and spending time with his family. Surviving Mr. Joseph are his loving wife, Melissa Lynn Joseph of Cadillac; 3 sons - Ronnie (Ashley) Joseph of Reed City, Tyler Joseph of Reed City, and Ricky Gregory of Cadillac; 1 step-daughter, Gina Baker of Reed City; as well as his father. Ronald is also survived by 7 siblings - sister, Vicki (Ed) Hamilton of Chelsea; brother, Louie (Sherrie) Joseph of Farmington Hills; brother, Dona (Bobbi) Joseph of Grass Lake; brother, Frank Henry of Ypsilanti; sister, Connie (Pat) Shurez of Ypsilanti; sister, Kathy (Donnie) Ballard of Ypsilanti; and sister, Barb (Guy) Cole of Stockbridge. He is also survived by many nieces and nephews. He was preceded in death by his mother. A Memorial Luncheon is planned for Ronald on Saturday, March 23, 2013 1:00 - 4:00 p.m. at the Cadillac American Legion, 422 N. Mitchell St. Cadillac, MI 49601. Flowers and/or memorial contributions can be sent to his wife, Melissa, 208 Matthew Drive, Cadillac, MI 49601. Arrangements have been entrusted to Hitesman-Holdship Funeral Home, Cadillac. Condolences can be sent to the family online at www.hitesman-holdship.com.

I love and Miss Ya dad Late night thinking about ya