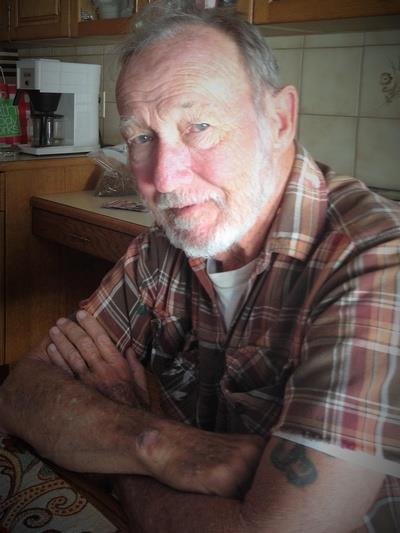 Ronald Granville Lane, 75, of Las Vegas, Nevada passed away on February 18, 2018, with family by his side. He was born on June 23, 1942 in Decatur, Illinois to Harold and Wilmajean Lane. Ron served our country in the United States Navy and spent time aboard the USS Rogers DDR-876. He was a proud member of The Shriners and worked most of his life as a painter in the construction industry.

Ron was a straight shooter - always telling it like it is - and had a gift for storytelling. Despite his tough exterior, he had a heart of gold and would give anyone the shirt off his back. He loved taking care of others, whether they were family, friends, or complete strangers. His passions included fishing, country music, old western movies, animals, and wildlife. He was truly one of a kind and touched the lives of many. He will be loved and missed dearly by his family and friends. There is finally peace in the Valley Ron, until we meet again....

Ronald is preceded in death by his parents; his daughter Kristen and brother Jim. He is survived by his wife of 45 years Donna; sons Ron Jr. (Lori) and Shawn (Karla), daughter Theresa (Jason), brother Denny, five grandchildren: Tyler, Rachel, Maxwell, Kaitlyn and Alaina, and many close friends.

A Memorial Service will be held on Tuesday March 6, 2018 at 2pm at the Southern Nevada Veterans Memorial Cemetery in Boulder City, Nevada.