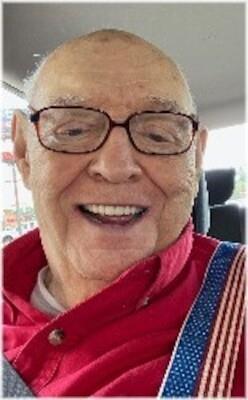 Born June 16, 1933 in Columbus, Ohio he was a son of the late Albert and Mildred (Fishbaugh) Lippert and was a 1951 graduate of Mifflin High School. Mr. Lippert was retired from Western Electric Company where he was a machinist for 31 years. He was a member of Pataskala Lodge #404, F&AM, the Scottish Rite Valley of Columbus and a member of the Mifflin Township Fire Department for many years. Ronald enjoyed square dancing, yard sales, old cars and was very passionate about fishing.

In addition to his parents he was preceded in death by his wife, Lucy (Hindel) Lippert whom he married January 27, 1979 and who died June 11, 2018; and a brother Raymond Lippert.

Funeral services will be 1:00pm Wednesday, October 21, 2020 at the funeral home with Pastor Eric Cooper officiating. Burial will be in Frazeysburg Cemetery.