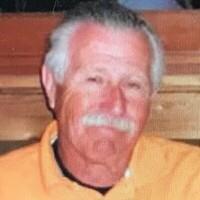 Cremation arrangements are under the direction of Aulds Funeral Home of Archer City.  Ron’s cremains will then be placed in Santa Fe National Cemetery beside his son, Ronald F. Jeffries, Jr.

Ron honorable served his country in the United States Army from 1958 until 1964.  Ron lived a full, exciting and crazy life.  He was a fireman, a welder, oilfield engineer, Archer County Deputy from 1983 until 1992 when he retired.  He also served on the Archer City City Council and was the Mayor of Archer City.

He was preceded in death by his son, Ronald F. Jeffries, Jr.  and his parents Eddy and Savilla Jeffries.

RIP my friend see you later

Condolences to Family. He was a good friend and person. He will be missed by many

You have always been very good to me and my family . I will miss seeing you around and our talks . You are and always will be a hero .

My sincere condolences. May he rest in peace.

Dad, we will miss you more than you could ever have known. You gave it a great run! Hug Grandma and Grandpa for me. Heave just got a lot more fun

My heart goes out to all the family. I have many nice memories of Ron in Archer City.

Never miss an update about Ronald "Ron". Sign up today.