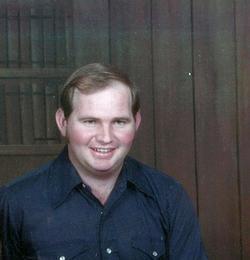 Ronald Winifred "Ronnie" Stevens was born March 24, 1950 to Iva Mae "Blackie" Taylor Stevens and the late W.A. "Steve" Stevens. He grew up in Coleman and graduated from Coleman High School. He then attended Howard-Payne University in Brownwood. On July 12, 1973, Ronnie married Brenda Blackwell in Coleman. For a short time, Ronnie worked for Taylor Motor Company and REA. He later worked at Superior Cable in Brownwood, working in Quality Control as a tester. He retired from Superior Cable after working there for 30 years.

Ronnie loved the outdoors and hunting. He was a lifetime member of the NRA. He loved his family and was a very loving husband, father and grandfather. Ronnie was also a member of the Bangs Church of Christ.

Besides his father, Ronnie was also preceded in death by a sister and brother-in-law, Charlotte and Larry Phillips and his father-in-law, Howard Blackwell.

Condolences for the family can be left at www.livingmemorials.com.

On sweetie, the days and nights are so hard without you!! The light in my life is not lit without you!! You were the Best Husband, father,and pappy to our grand babies ever!! I'm so lost without my loving husband!!! On honey I miss you so very very much !! I'm glad your pain is gone forever,and you are in a. Much better place, but I miss you so much it hurts!! I can't wait till we met again!! I LOVE YOU SO MUCH SWEETHEART, MY LOVING HUSBAND!! TILL WE GET TO MEET AGAIN!! I LOVE AND MISS YOU...

The days aren't getting any easier, love and miss you more every single day! You were the best Dad I could have ever asked for!!

So sorry to hear about Ronnie. I graduated with Ronnie and Gary and have fond memories of them and their Dad.
My condolences to the family. Rest in Peace Ronnie

Dad, I love you more than you will ever know...missing you like crazy, but know you are in a much happier place!! You were a wonderful Dad, and Pappy to all your Grandbabies...everyone loves and will forever miss you!

Forever in our hearts,we love you so much,you were a wonderful dad,pappy and father-in law..may you rest in peace our precious Ronnie
❤

I'm so sorry to hear of Ronnie's passing. I remember him from high school. His family is in my prayers.

Praying the Lord comforts the family as only He can do... May you feel the peace that passes underderstanding through this very difficult time.

Ronnie was a life-long friend .I know he will be missed but his pain is over.My prayers for his family. Connie Turner