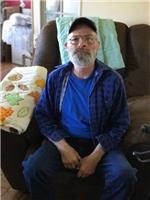 RONALD STEVENS
Ronald Stevens, age 69, of Valley City, ND, died Friday, July 3rd at his residence on Hospice Care surrounded by his loving family. A memorial service will be held at 2:00 PM Friday, July 10th at the Lerud Mathias Funeral Home Chapel. Visitation will be held one hour before the service, and online guestbook and livestreaming of the service will be available at www.lerudschuldt.com
Ronald Lee Stevens, the son of Norman and Vidella (Bishop) Stevens, was born December 12, 1950 in Jamestown, ND. Ronald grew up and attended school in Jamestown. He enlisted in the US Army on January 13, 1969 in Fargo, ND and served his country during the Viet Nam War until he was Honorably Discharged on May 25, 1971. He returned to the Jamestown, ND area where he worked at various jobs until his retirement. Ronald was an avid outdoorsman who loved to hunt for turkey, deer, pheasants and fish.
Ronald is survived by his wife Dorothy Stevens, Valley City, ND; two step sons, Darrell (Gina) Neva, TN and Daniel (Taryn) Neva, Canada; five grandchildren, Jessica, Brett, Kolby, Teagan and Noel; two great-grandchildren, Kayla and Paisley; two sisters, Betty Gardner and Norma Tabor, both TN; one brother, Frank (Linda) Stevens, Tappen, ND; a very special friends, Richard (Shirley) Ahner, Jamestown, ND.
Ronald was preceded in death by his parents, one daughter Sarah Stevens, a step son Douglas Neva and two brothers, Vernon Stevens and Fred Hanson.