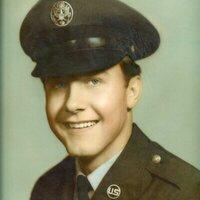 Mr. Bentley was born in Rome, GA on June 25, 1947, son of the late Millwood Harrison Bentley and Lillie Mae Bridges Bentley Robertson and his loving step-father, Thomas Herman Robertson. In addition to his parents, he was preceded in death by a sister, Patsy Bullington.

He was a graduate of East Rome High School where he pitched for the baseball team.  He attended Shorter College.  Mr. Bentley was a United States Air Force veteran, having served during the Vietnam War.  He retired from AT&T after 40 years and was a member of Snellville United Methodist Church.  Mr. Bentley had served as Secretary on the Snellville Tourism and Trade Board. He was the recipient of the “Volunteer of the Year” award, presented by Sunrise Rotary Club as well as, Snellville Community Garden. Mr. Bentley’s happiness and passion was volunteering for the Snellville Farmers Market. It was his little piece of Heaven on earth. He was very active in the community, coaching softball and basketball for the Brookwood Athletic Association.  He was an avid Georgia football fan and attended every game for many years.

Survivors include his wife of 51 years, the former Glenice Cloud, to whom he was married on September 21, 1969; 2 daughters, Pamela Bentley Livesey (Ryan), Sacramento, CA and Brooke Bentley Topp (Patrick), Woodstock, GA;  5 grandchildren, who were the joy of his life; Harper, Courtney and Taber Livesey; Colin and Brennan Topp. A really great grandaddy.  The best.

A private graveside service will be held in East View Cemetery with Mr. David Henderson officiating.

We are so sorry for your loss

I am so sorry to hear of Ronnie's passing. I just found out today. I worked with him at Gwinnett Medical Center for years. He was always a joyful person, laughing all the time. He will be sorely missed.

Glenice, I was sorry to hear this. I remember you and him fondly from East Rome High. My prayers are with you. Gail Lemaster Thurman

A good friend and teammate...We grew apart over the years but I do remember the good times..So sorry Glenice, You two were special together...

I was a better man knowing Ronnie, he was a much better volunteer than I ever was and a good friend, I will miss him a lot..

My heart is broken for you, my dear, dear friend. My prayers will be for you and yours.

Ronnie was without a doubt one of the kindest, most thoughtful, and hospitable persons that we have ever met!
What a great husband, father, granddaddy, and a loving father-in-law to our son, Patrick.
He will be truly missed, but held lovingly in his familys and friends hearts!
Our condolences and prayers remain with the Bentley family!
Love and blessings - Meg and Terry Topp

Ronnie was a sweet friend in high school. So sorry for your loss Glenice and family. Prayers for all of you.

Never miss an update about Ronnie. Sign up today.