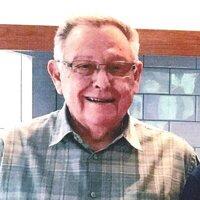 Ronnie Atwood was born December 6, 1937 to Earl and Mildred Atwood in Tyler, Texas.  He died peacefully at his home surrounded by his loved ones on January 7, 2021.

His family nicknamed him Jim Tom and most of his friends knew him by that name.  Jim Tom attended elementary school at Pine Springs Elementary and later transferred to schools in Tyler, graduating from John Tyler High School in 1957.  Upon graduation he began working with his dad at Atwood Rose Nursery.  He later became owner and operator of the rose nursery.  He was active in the Tyler Rose Festival for many years donating rose blooms for the floats, Queen’s Tea and parties.  He was a member of the Tyler Lions Club, a lifelong member of Pine Springs Baptist Church and a charter member of the Pine Springs Hunting Club.

He was an honest man and not only taught his girls to never tell a lie, he lead by example.  He sold rose blooms by the dozen but he made sure it was a baker’s dozen, 13 roses.  His integrity was evident in  his business dealings as well as his relationships with friends.  He had a keen sense of humor and if he liked you he gave you a nickname (i.e. horse fly, horse booger, fart blossom, gizzard lip, sugar).

He was an avid sportsman.  He loved to go hunting with his hunting buddies whether it be deer, turkey, quail, dove or fishing for crappie.  In East Texas he was known as Jim Tom and in West Texas his buddies called him J.T.  He was on the same deer lease in West Texas for over 48 years.  Many a tale was told around the campfire at the deer lease, some of them true and some had a way of growing over the years.  He loved to go hunting with his grandsons.  He used to say one of his favorite memories was sitting in the deer stand early in the morning with one of the grandboys drinking hot chocolate and eating Nana’s Snickerdoodles or chocolate chip cookies.   When he and Lana moved to Midland in 2002, Jim Tom got on a dove lease that was right outside the city limits.  During the season, he went hunting almost every day.  His West Texas buddies said when they died, they wanted to come back as J.T., have their wife working all day while they got to go hunting or fishing.  His hunting buddies will miss Jim Tom, but the deer, turkey, quail and dove population is a little relieved.

He was on the Pine Springs Baptist Church Softball Team for many years.  He had a “mean” left-handed curveball and even meaner fast ball that few could hit.  Some of the older Pine Springers said he was good enough to play pro baseball, but he chose to be with his family instead.

He was the best armchair quarterback there ever was.  He could be heard telling the quarterbacks how dumb they were for calling certain plays and the referees and umpires were all blind.  His favorite teams were the Dallas Cowboys, Dallas Mavericks, Texas Rangers and the Texas Longhorns.  But his favorite teams were the ones his grandkids were playing on.  He tried not to miss any of his girls’ games or grandkids’ games.  He had a recurring dream about fishing with Tom Landry, the legendary football coach of the Dallas Cowboys, in which he gave the coach lots of advice on how to run the team.

Jim Tom was a gentleman.  He always opened doors for women and always held Lana’s hand when walking.  Jim Tom always sat by Lana when they went out to eat rather than the opposite side of the table.  He always carried in the groceries for his wife too.  One of the grandsons said one time when he grew up, he wanted to be a gentleman just like his Pa Pa.

Jim Tom loved to help people.  He was the guy that always stopped on I-20 to change someone’s flat tire or lend a hand with car trouble.  He gave a lot of his food from hunting to soup kitchens or someone he knew who needed food.  He always gave vegetables out of his garden to someone in need and when someone needed cheering up, he cut them a bouquet of roses and took it to them.  Lana thought he was always losing his jackets until one day she saw him take off his jacket and give it to someone who needed one.  He helped in the Midland Soup Kitchen and it broke his heart to see little children who were hungry.  He bought coloring books and crayons and put them on the tables so the children could take them home.  He and Lana bought toys to give to them at Christmas.  He did all these generous things without telling anyone.  He did not talk the talk, but he certainly walked the walk.

He taught his girls to drive using an old Army Jeep. He also made the girls get up early on Saturdays and cut rose blooms.  They hated that but years later thanked him for teaching them good work ethics.  He loved Blue Bell Dutch Chocolate Ice Cream and was known to occasionally give his grandkids ice cream for breakfast much to the displeasure of their mothers.

In addition to his parents, he was preceded in death by his brother, Larry Atwood; grandson, Stephen Conner and mother-in-law, Modell Shurtleff.

The family would like to thank Choice Hospice for the excellent care they gave their husband and dad.  Also, a special thank you to his caregiver for several months, Noe, and our wonderful neighbors, Dan and Taylor Goodwin for all their love and support during the past several months.

In lieu of flowers, please donate to one of Jim Tom’s favorite charities; St. Jude’s Children’s Research Hospital, The Samaritan’s Purse, The Shriners Children’s Hospital or Cal Farley’s Boys Ranch or charity of your choice.

So sorry for the loss of your husband, father, grandfather and great grandfather and other members of Jim Tom’s family. We are praying for you all. The obituary was informative and shows what a great and generous person he was. He will be missed by so many.

Rest in peace, cousin. Condolences for the passing of yet another elder from the rose-growing brotherhood in the Pine Springs community.

I got to know the Atwood family thru my husband. We visited with Mildred and Earl many times and I heard all of the stories about Jim Tom. It is sad to see so many of Pine Springs family members passing away. Love and prayers for all.

“My goodness what a great soul, man, friend and American! A life well lived, blessing all around him! The fruits of the Spirit are Love, Joy, Peace, Patience, Kindness, Goodness, Faithfulness, Gentleness, Self Control. That IS JT! If you know of anyone else like this, please let me know because I want to meet them! ❤”

Sorry for your loss the Holloway Family.
Pray for your comfort.

Sorry for your loss. He came from super parents which yin tun, he was a super kind man.

Lana, may God bless you and your family in this time of sorrow. I pray for God's comfort and peace.