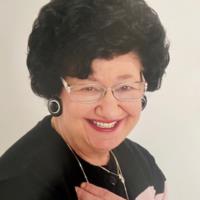 Rosemary began her life in Cleveland, Ohio on December 23, 1950. She moved to Las Vegas with her mother and her brother Nicholas in 1975. Rosemary has been a constant daughter companion to her mother until her mother’s death and then a living sibling companion to each and every one of her siblings until their deaths. Rosemary was a special human being and had deep love for her cousins and her uncles, even calling her uncles “Dad” because her father had passed at such a young age. Both of her uncles, Ray Paglia and Lido Paglia, were extremely important to her in her life, and her many loving cousins as well.

You could often find Aunt Rosie at Sunset Station enjoying many of her friends, at least twice a week and sometimes three, referring to these staff members as her “family.“ Rosie had a nickname for every single person. Those of us who know her well, can we count the names that she had for us.

Aunt Rosie was an epileptic but maintained a high functioning life and always looked beautiful and presentable everywhere she went. She enjoyed weekly baths with Jean Nate’ body splash and had a deep love and appreciation for visiting her family members. Aunt Rosie had deep love and respect for anyone who had a smile for her, and anyone who took her phone calls. She was very loving and didn’t like to see anyone argue.

Her approach to life was childlike and innocent. Aunt Rosie was brilliant with numbers and with people’s names and always remembered everybody. She had a deep love for her family. She will be missed on this earth every single day. Taking care of her was an honor and a joy. Rest in peace, our sweet angel.

My friend of 30 years Rosemary Paglia I met her at the Flamingo Hotel and we been in touch with each other since then she will be sincerly missed in my heart. Peace and Blessings be upon her.
Sorry I just found out today about her passing. Call me if anything 702-395-5834

Aunt Rose, so many memories come to mind when I think of you. Your contagious smile and laugh, your spunky attitude, your innocent words, your joy, and so so much more. I will forever miss you, till the day we meet again. Please give everyone my love and plenty of hugs and kisses for me. We will forever miss you. Please never forget how incredibly loved you are. Our guardian angel, this is it goodbye, so Ill see you later, auntie. Till next time, Rest in heaven our dearest Aunt Rose ❤

Rest In Peace Rosie punk. You were so special and we will never forget you. We love you and we will miss you.

So blessed to have met you and your amazing personality! Sending so much love to your family as I grew up with you all. Fly high Rosie and say Hi to my uncle for me!

You are in great company and will be loved there too! Rest In Peace, until we meet again...

Rosie I will miss your laugh, teasing, jokes and yes even complaining. So many fond memories that I will cherish as a child, how you taught me the right way to color always staying inside the lines, Monopoly on Grandma's kitchen table, waiting for the Ice Cream Truck and how you would squeeze Grandma's arm so hard cause you loved her so much it would turn black and blue. You loved your family, loved to clean and always had enough cleaning supplies for the whole neighborhood. Too many...

I met Rosemary when I married her Uncle Ray Paglia, when she was three years old. She was a cute little girl, a bundle of energy and smart as a whip. She demanded attention from everyone and was very attached to her Daddy. I remember the time he put a bowl on her head and cut her hair. We were furious with him, but she loved it cause Daddy did it. She had nicknames for everybody in the family. She called my late husband Cash in a Flash and then later Father. She was entertaining for sure. I...

Aunt Rosie, you touched so many lives. Everyone of us has a memory of you that makes us laugh out loud. You were always smiling and joking and it was contagious. May you rest in peace with aunt Chris, aunt Gail, uncle Nick and grandma Gin. Give vickilous a kiss for me. Love, Wendy aka W aka little broad.

Never miss an update about Rosemary. Sign up today.