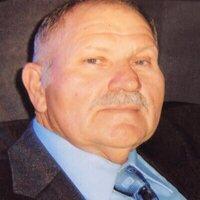 Mr. Dutton was born in Rome, Georgia on September 11, 1946, son of the late D. L. Dutton and the late Bernice Moore Dutton.  He was also preceded in death by three sisters, Margaret Bradshaw, Betty Mull, and Barbara Smith, and by a half-brother, Chris Dutton.  Prior to retirement, Mr. Dutton worked as a Millwright with the Local #1263.  He was of the Baptist faith and was a member of the John W. Akin Lodge #537 F.&A.M.  Mr. Dutton loved NASCAR and at one time worked with the pit crew at races.

The family will receive friends at Henderson & Sons Funeral Home, South Chapel, on Wednesday from 12 noon until 1:45pm.

In loving Memory of a wonderful friend Love you Joyce

Roy was a good man, worked around him a lot at Plant Bowen, he will be missed. David A. Smith. Prayers for you Joyce and whole family.

Joyce, I am sorry to hear about Roy. Prayers for you and the family.

So very sorry for your loss. He will be missed.

Never miss an update about Roy. Sign up today.