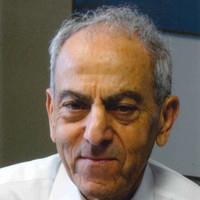 Not the right person? See All ›
AGE
88
LOCATION
Plymouth, Minnesota

Sam was born in Lennox, SD in 1931. He graduated from the U of South Dakota Business School and the U of MN Law School in 1959. He practiced law from 1959 until shortly before his death. Founding partner of Courey, Kosanda and Zimmer, PA. Member of numerous business and charitable boards. Founder of Golden Valley Sandlot Baseball program and Guys from Brookview (mens vocal group). Former member of Golden Valley Park Board and Chairman of the first Advisory Board of St. Mary of the Lake. Coached in Golden Valley Little League Baseball and New Hope Basketball and other youth baseball programs. Sam was also a long time member of Minneapolis Golf Club and a U.S. Veteran, serving in the Coast Guard.

It was an honor to know him as a longtime friend and lawyer. He will be remembered for his talent and humor. We will keep wonderful memories close to our heart. Judy and Doug

In loving memory of a wonderful person. We will love you and miss you always. Uncle Sam is a true role model for all of us!

Never miss an update about Sam. Sign up today.