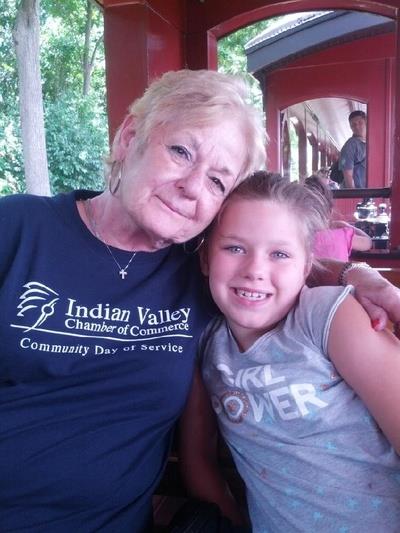 She and her beloved husband, James “Jim” Minninger, Jr. would have celebrated their 53rd wedding anniversary in September.

Born in Sellersville, PA, she was the daughter of the late Steven and Mary Jane (Swartley) Shermetta.

Sharon was employed as the Executive Director of the Indian Valley Chamber of Commerce for 38 years, prior to retiring in June, 2015.  Sharon received the Keystone Award in 2007 from the Pennsylvania Association of Chamber Professionals (PACP), and served on their Board of Directors from 2011-2015.

She was a member of St. Paul’s Lutheran Church in Telford, where she served on the Church Council, and as its President, taught Sunday School, and was the Director of the Children’s Choir.  In her free time she enjoyed cooking, gardening, sipping her B&B’s, and doing crossword puzzles, especially the The New York Times puzzle printed daily in  The Morning Call newspaper.

In addition to her husband, she is survived by her son, James “Jim” Minninger, III of Franconia, and her loving granddaughter, Ashlee Elizabeth.  She was preceded in death by a son, Christopher Scott Minninger, and a brother, Steve Shermetta.

Services and Interment will be private at the convenience of the family.  A Celebration of Sharon’s Life will be scheduled at a later date.  Memorial contributions may be made in her memory to St. Paul’s Lutheran Church, 107 W. Lincoln Ave., Telford, PA 18969.

Arrangements are by the Sadler-Suess Funeral Home, Telford.

It is with a heavy heart having to send my sincere condolences to those who loved Sharon. Knowing her for YEARS I will never forget the energy she continually exuded. She was a real go getter and always gracious, kind and smiling. She contributed so much to our little town of Telford and to all the organizations she was part of.

I never met her little granddaughter, but all I have to do is look at her...

Sharon is one of those people that I have just always "known" in my life as far back as I can remember. As a young girl at St. Paul's she was one of those "older" girls that I always admired. I will always remember her smile and the love and warmth that exuded from her. I love the way she was with Ashlee and you could tell that she was the "light of her life". She was one of those people who exuded so much sunlight per square inch. Will miss
her. ...

Jim:
Words can't express my sympathies for your loss.

Jim, It is heavy heart I want to extend our sympathies to you and your family. She will be truly missed by all of us.

Love you and your ever shining spirit always

So sorry for your loss. What I remember most about Sharon is her wonderful smile, always so warm. It made me feel welcome at St. Paul's. She will be missed.

Sharon recruited me (then new to the area) and my law firm (now Fox Rothschild) to join the Chamber in the mid-1970s. Her beautiful smile, sweet warmth and engaging personality made her request irresistible. Sharon knew "everyone" there was to know in the Indian Valley and North Penn communities, remembered everyone's name and company, and made sure that you met everyone, and they met you, and encouraged cross-selling and buying. She was the consummate networker. I hope that...

Sharon's smile truly could light up a room. She greeted all that she met with that smile and a warm welcome. I was fortunate to work with Ellen Jamison and Sharon on the Education Committee of the Chamber. Sharon was a wonderful contact person for students who wanted a mentor experience in a particular career. Sharon was always a person who was happy to help light a path for others. Sharon will be missed.

Never miss an update about Sharon. Sign up today.